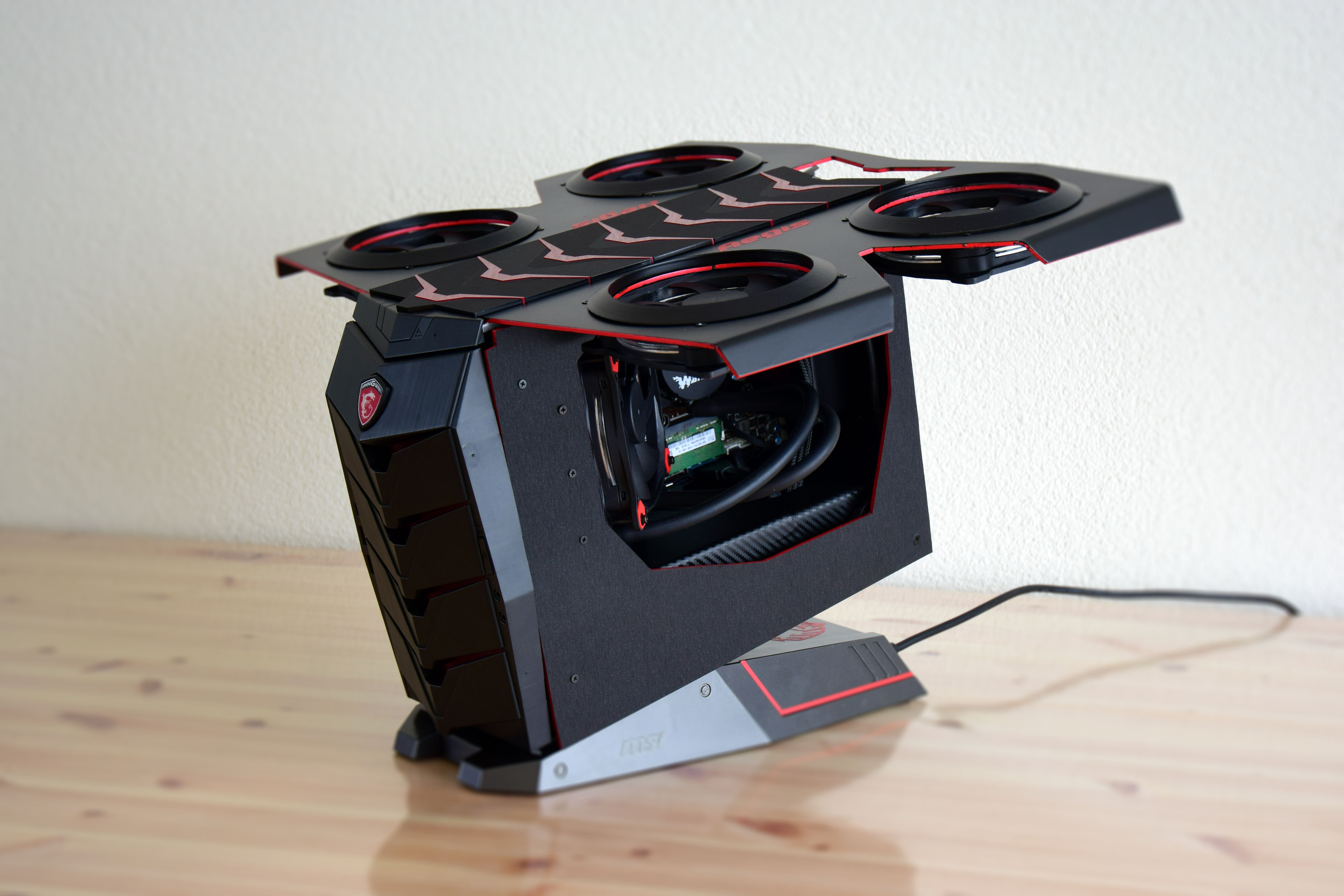 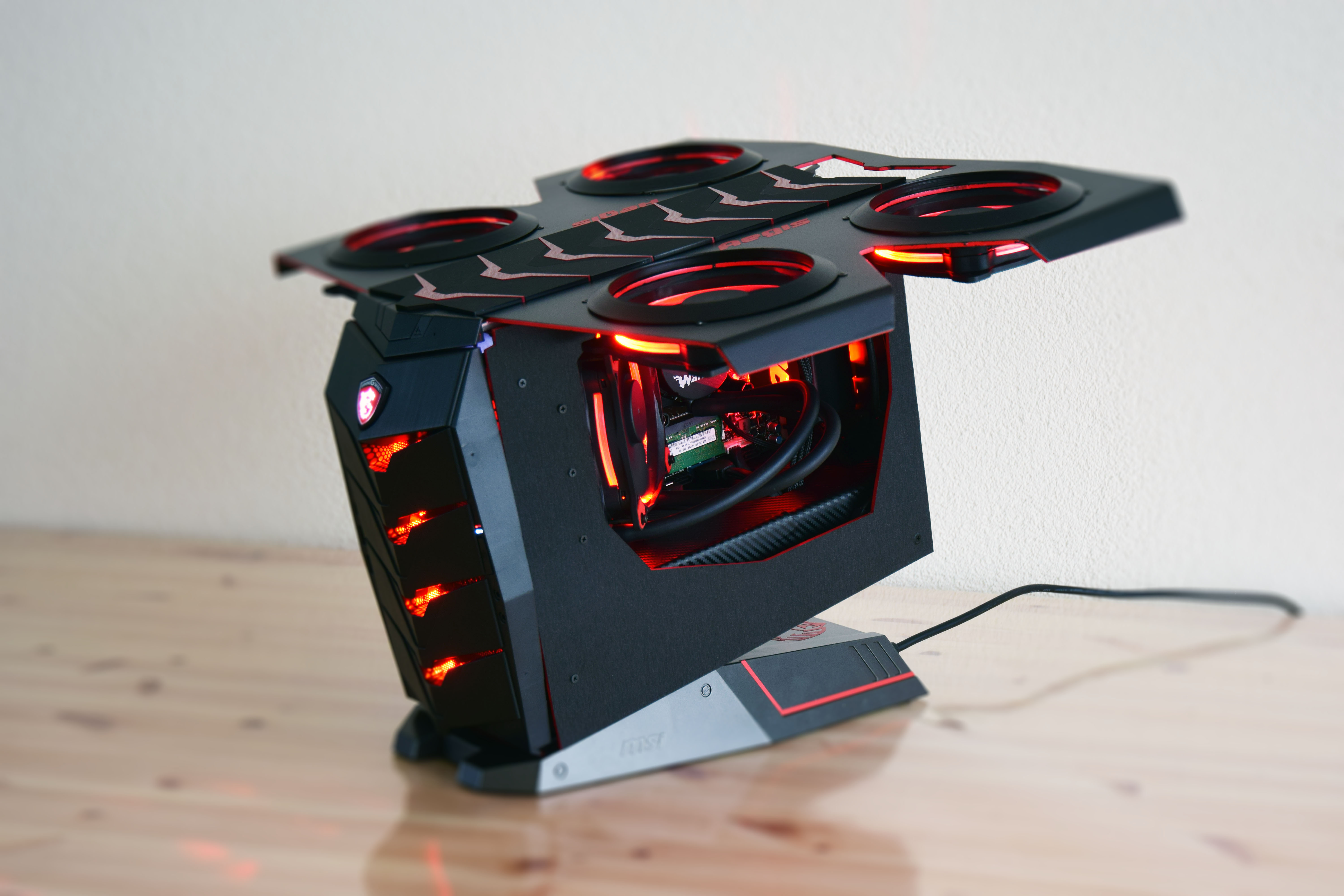 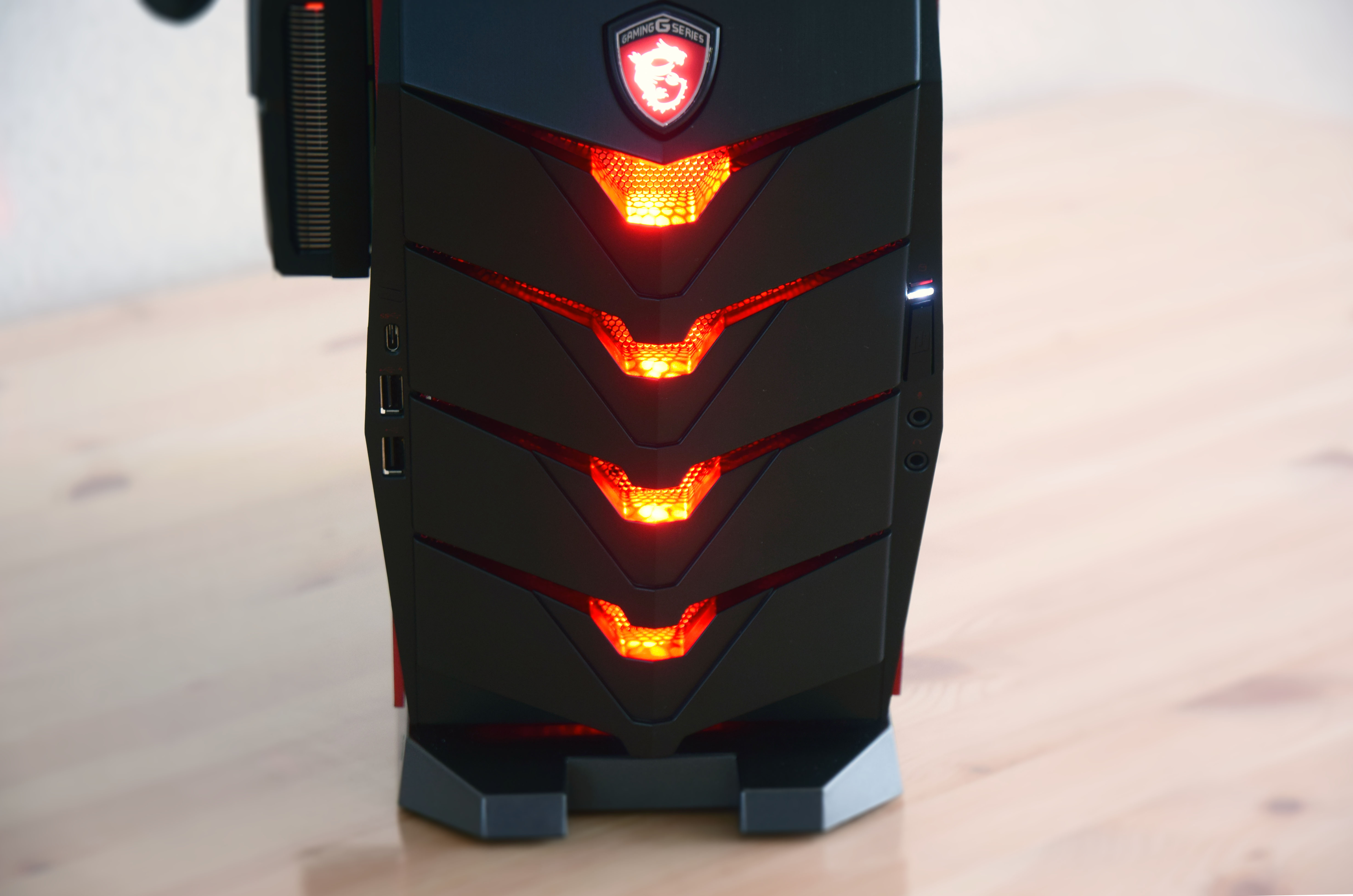 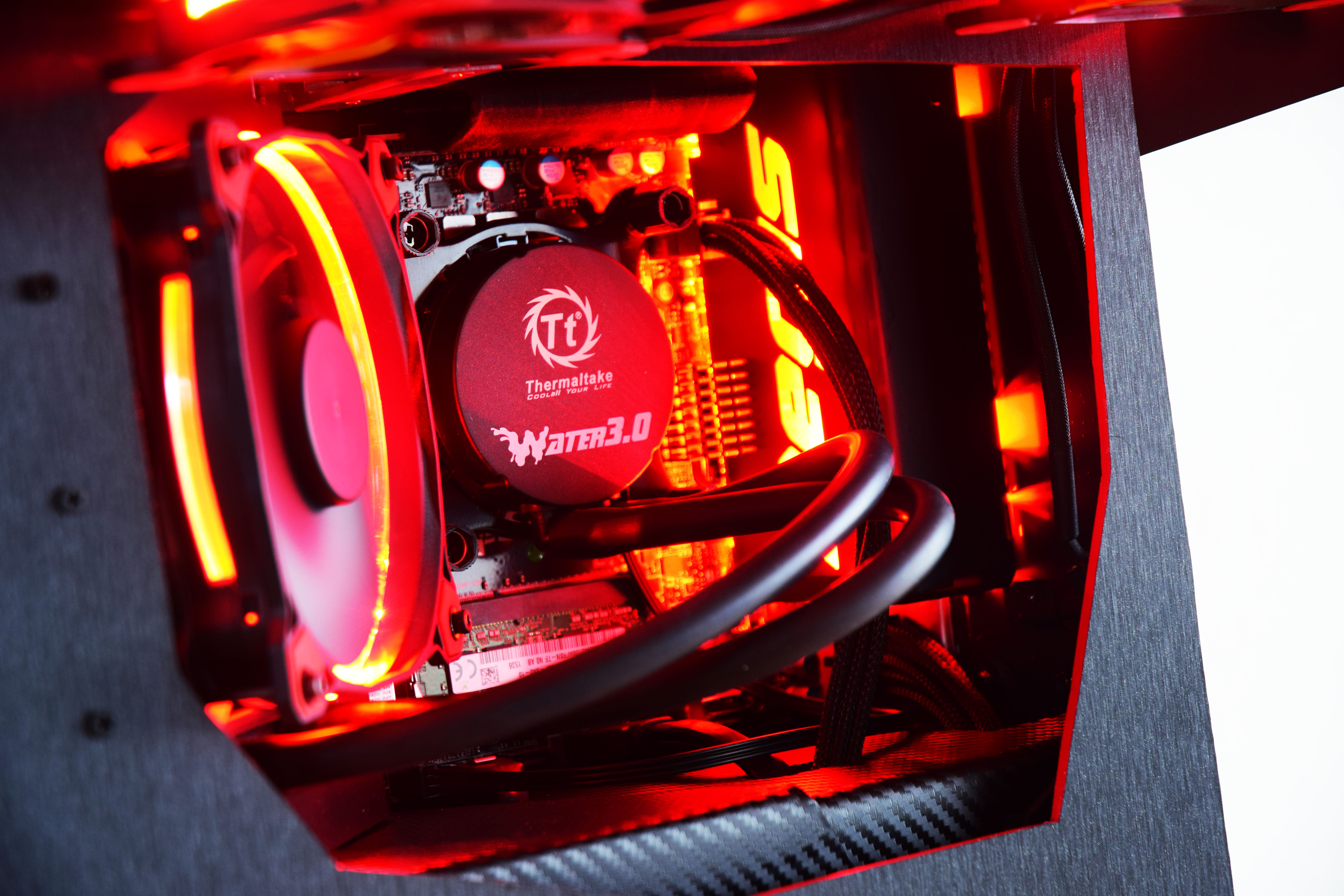 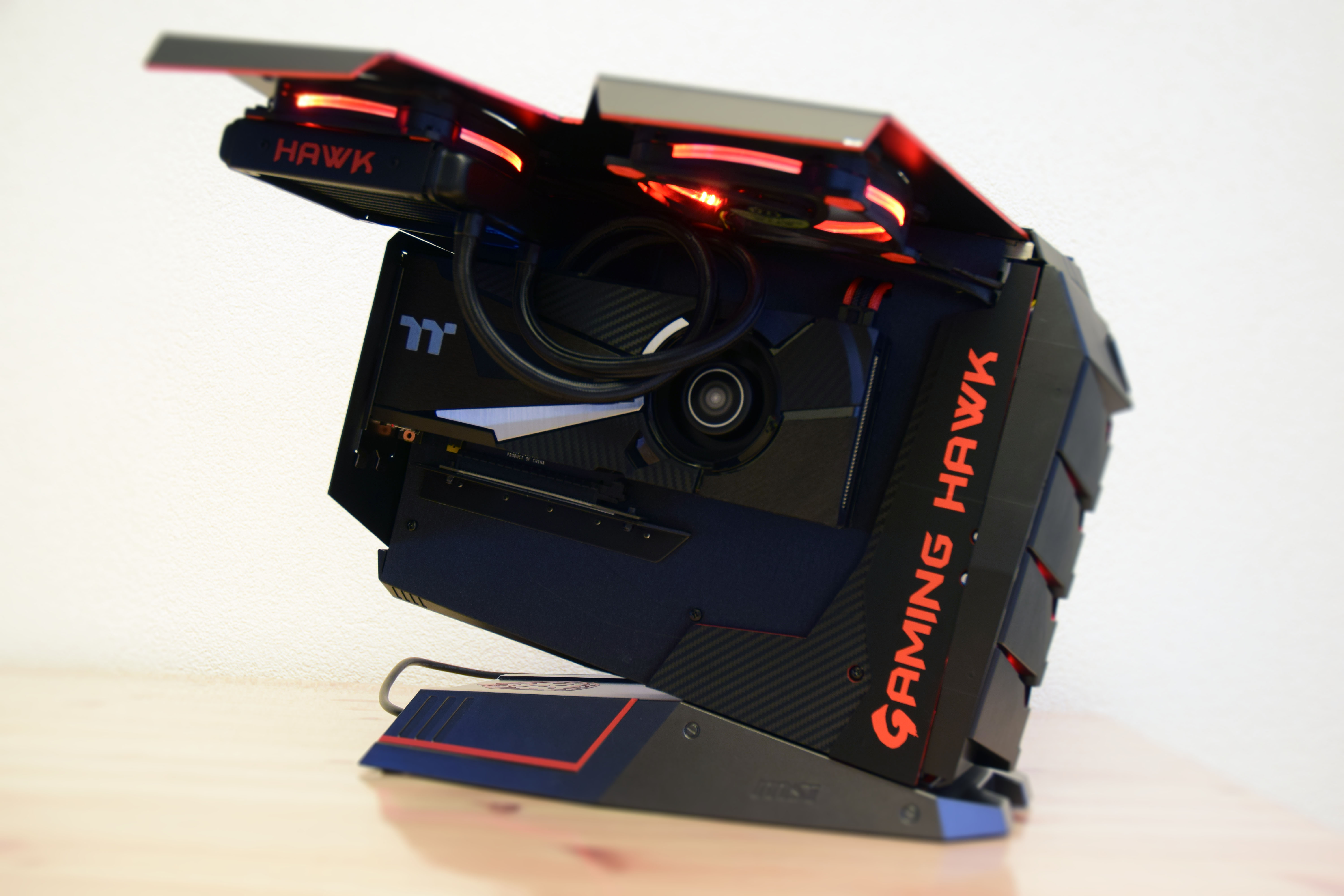 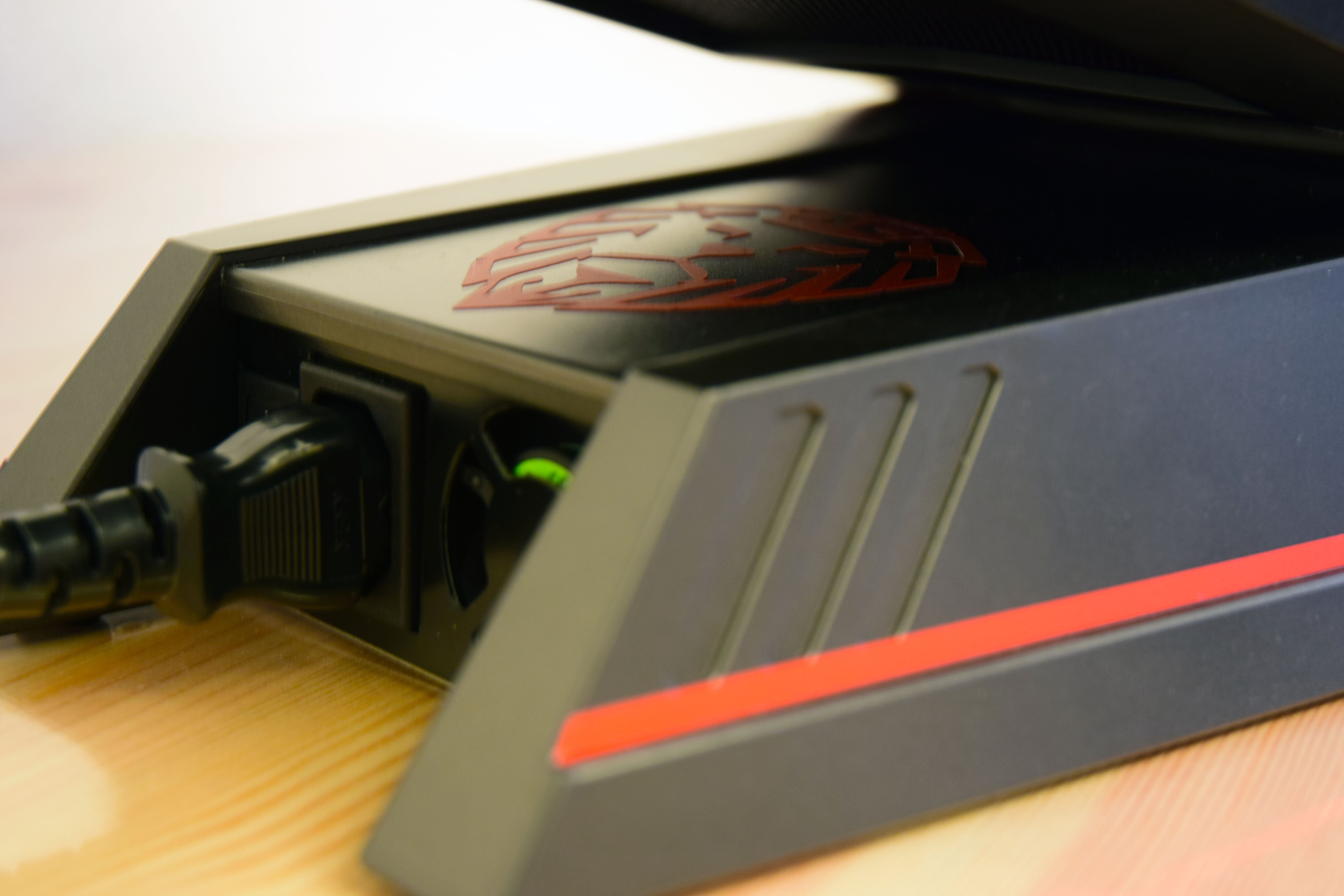 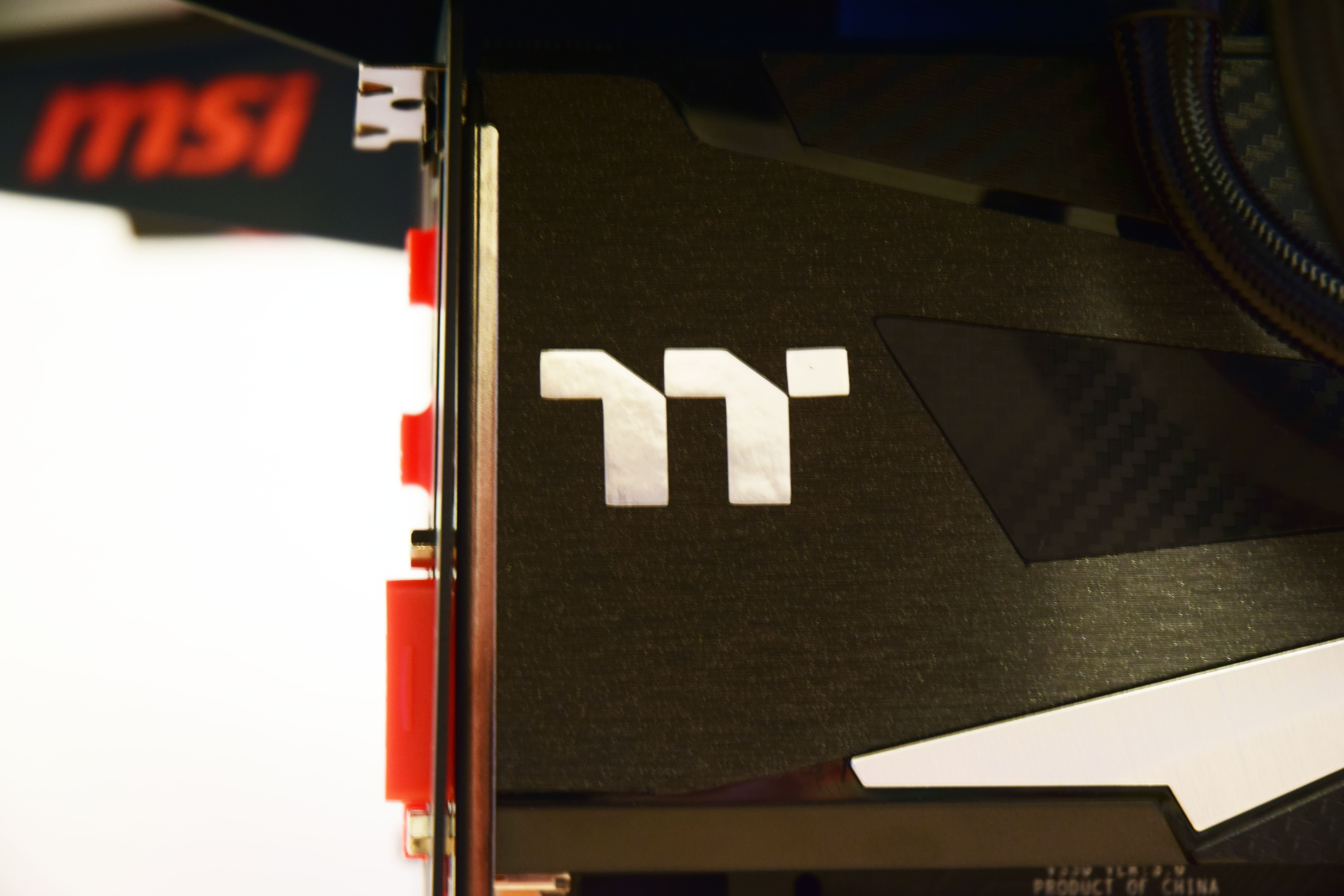 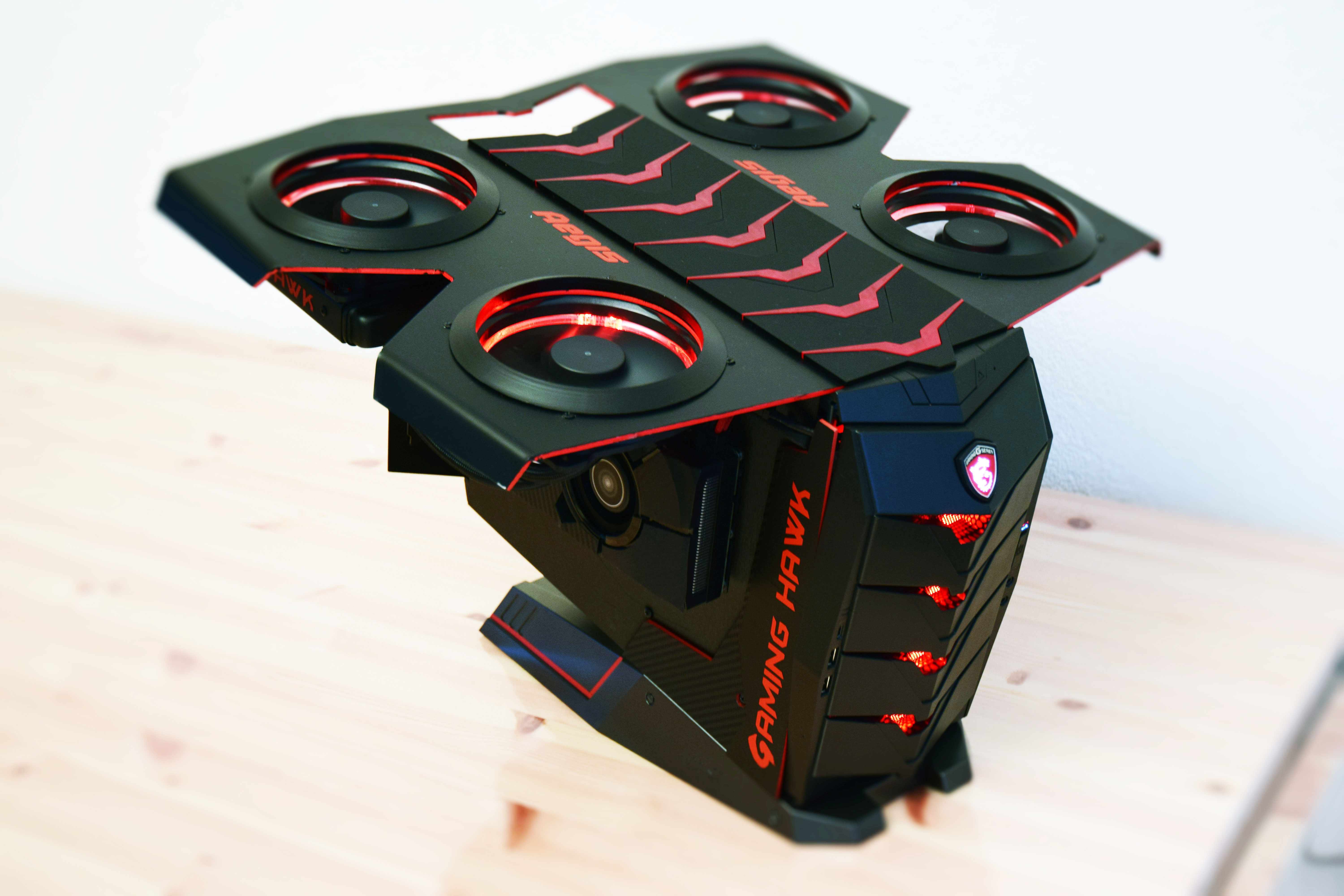 After the 2 previous casemods I was able to do for MSI of their Nightblade gaming desktops systems I was ready for another challenge out of their range of products. This time MSI HQ chose the MSI Aegis to create a casemod with. The Aegis desktop system is designed to have a lot of hardware into a compact chassis. But I will never settle with just working on the outside of a chassis. It is my belief that the hardware inside a chassis should always have some modification to it. The concept behind this casemod was the growing public interest in “drones” or “quadcopters”. MSI was kind enough to supply a GTX1070 with it with an All-in-one watercooling system. In the end I replaced the top panels and both side panels with own creations. This way I was able to create a sturdy base for the wing setup that was also strong enough so you could pick it up at the handle on the rear (just like the original chassis). The inside was made clean and all cables were covered. The stock aircooler on the cpu was replaced with a Thermaltake All-in-one watercooler. This way both the gpu and the cpu were watercooled. The top featured a gfx setup that made it look like the front was running all the way over the top. And the 4 illuminated rotors (Thermaltake Riing fans with red leds) finished the look of the casemod.