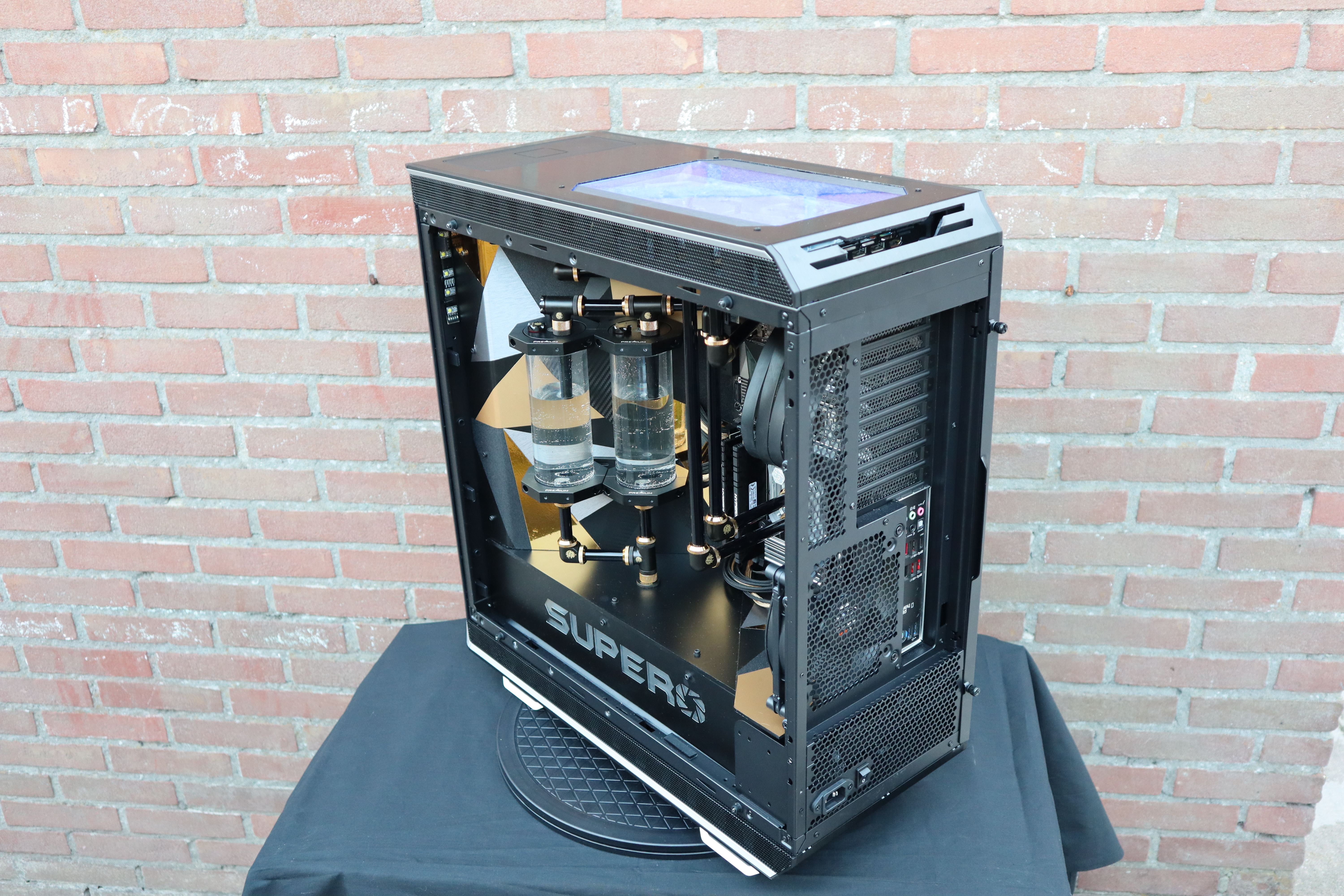 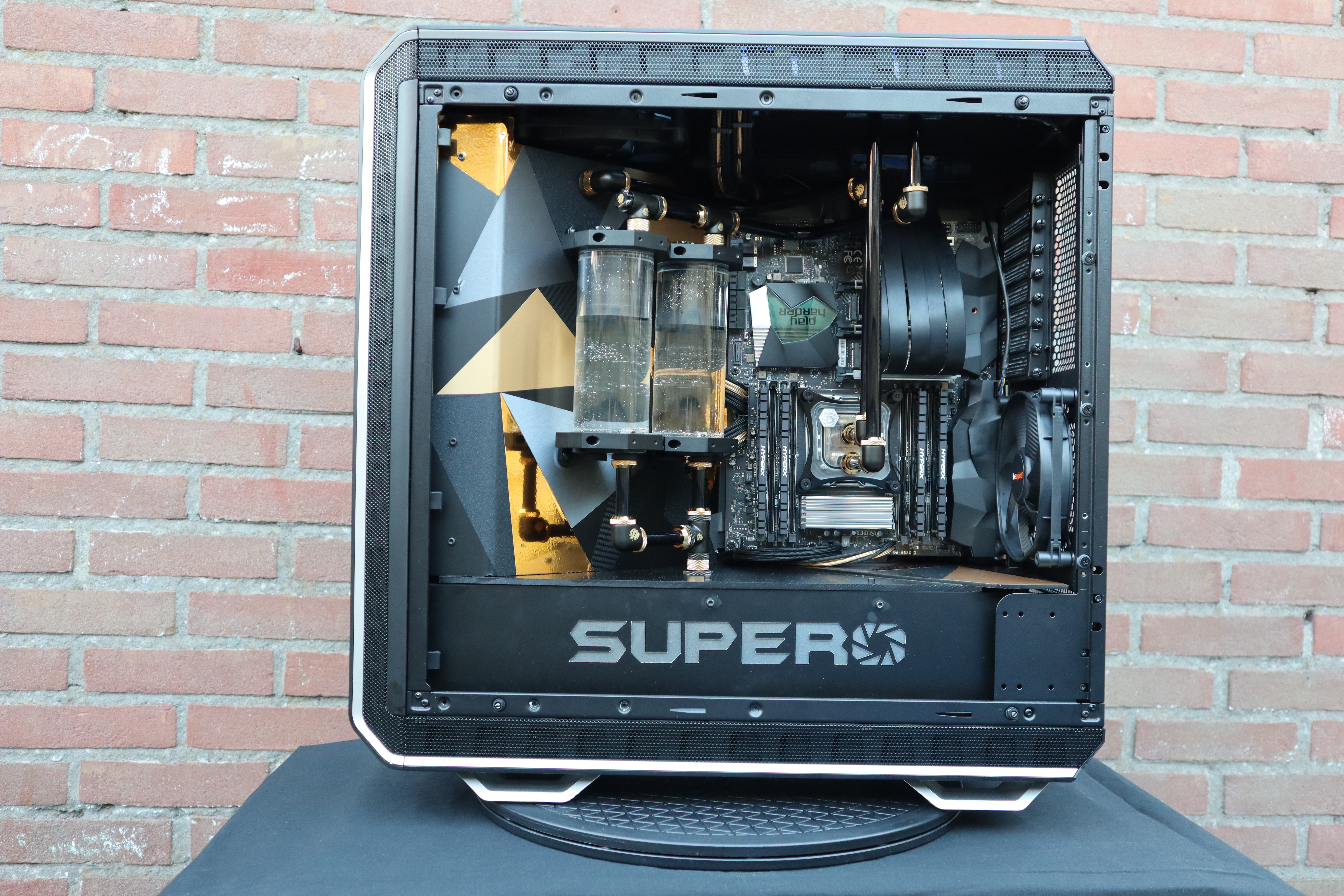 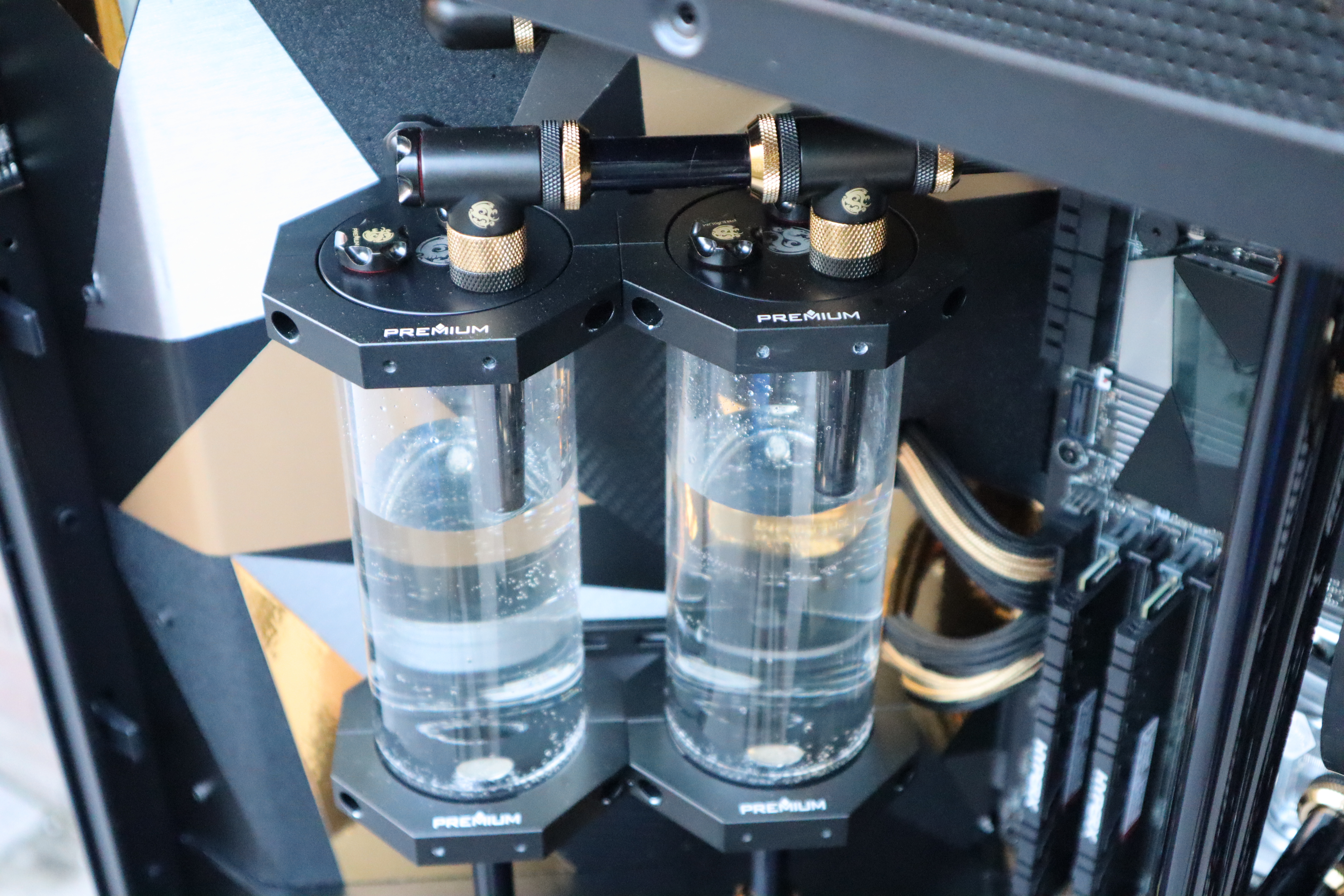 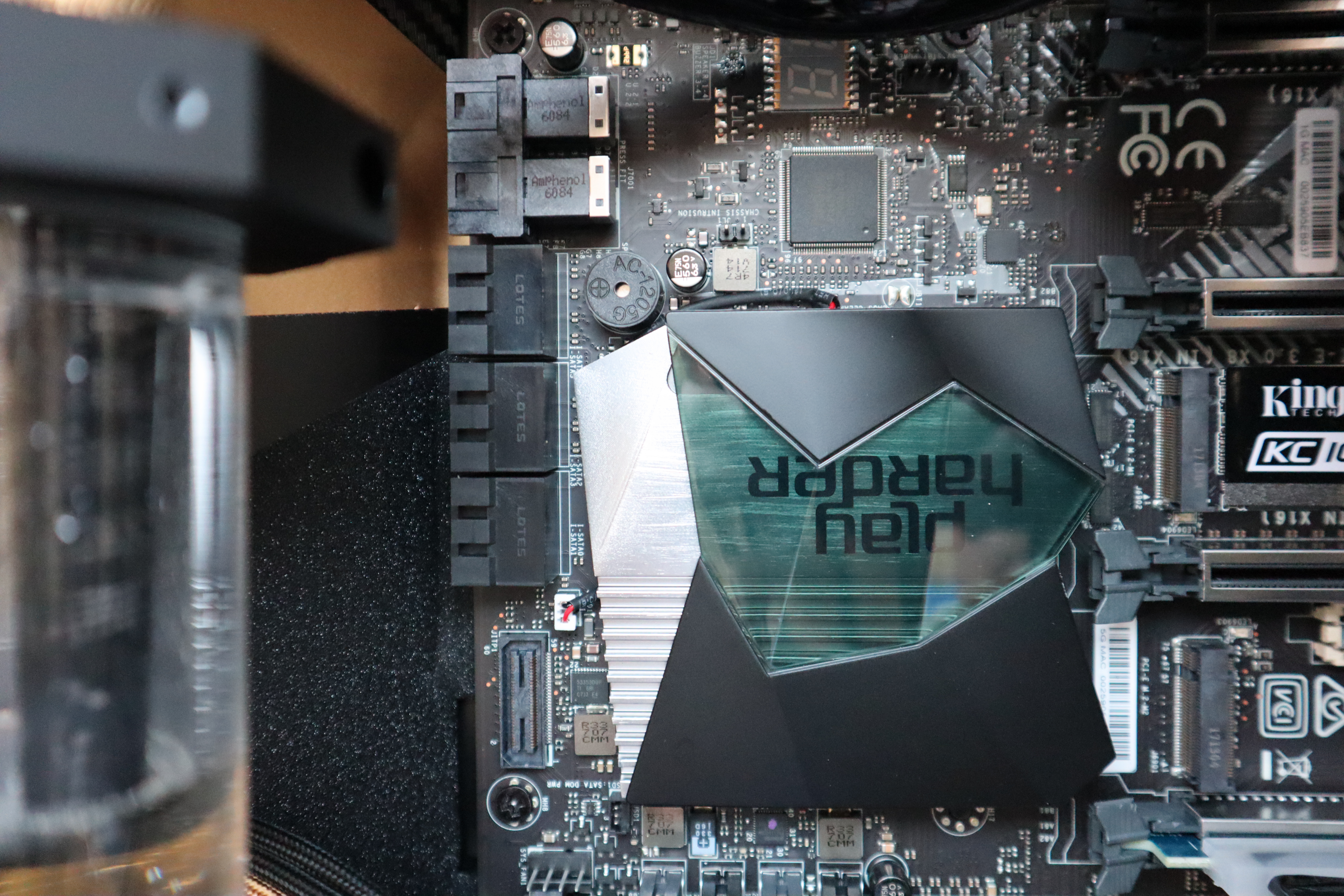 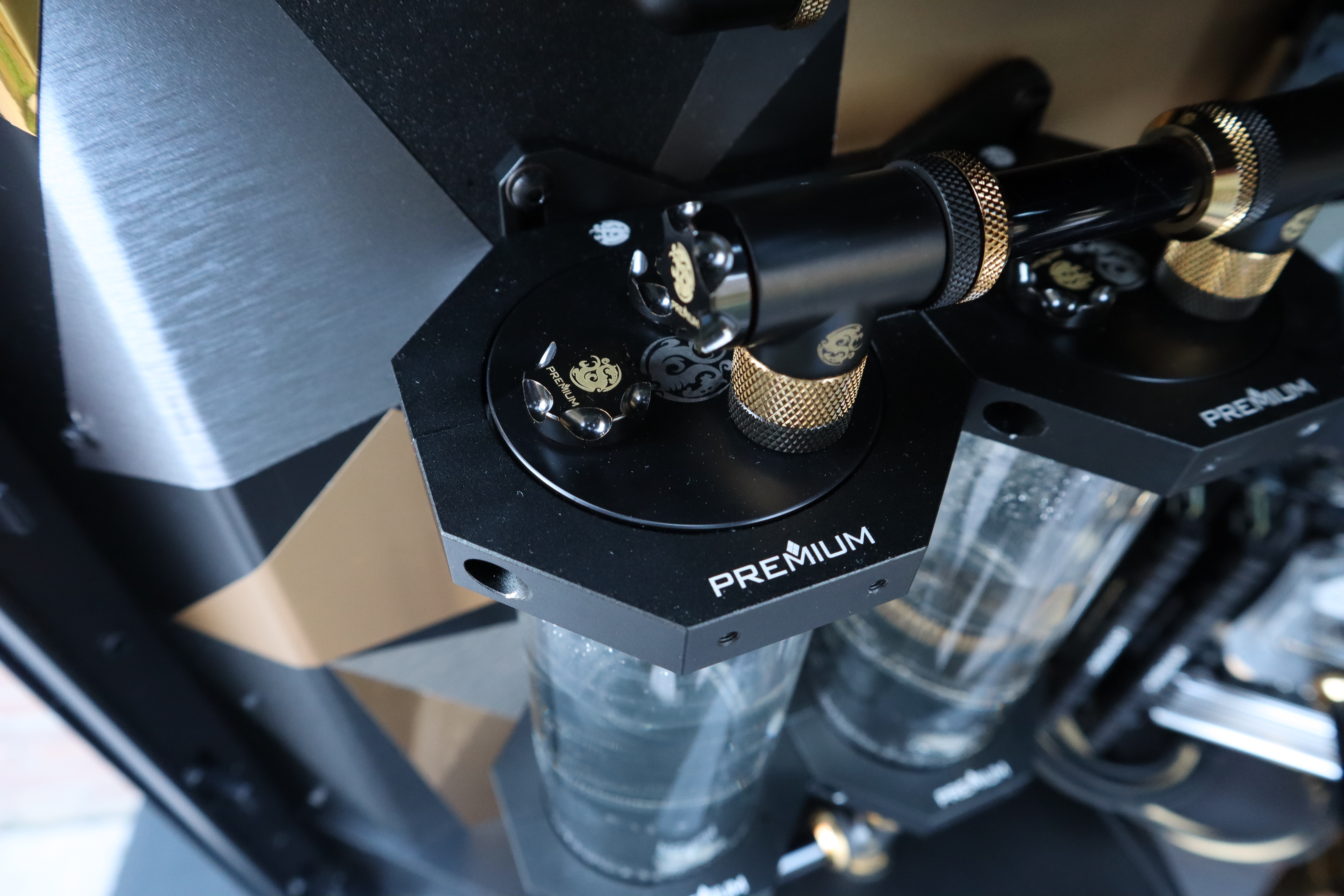 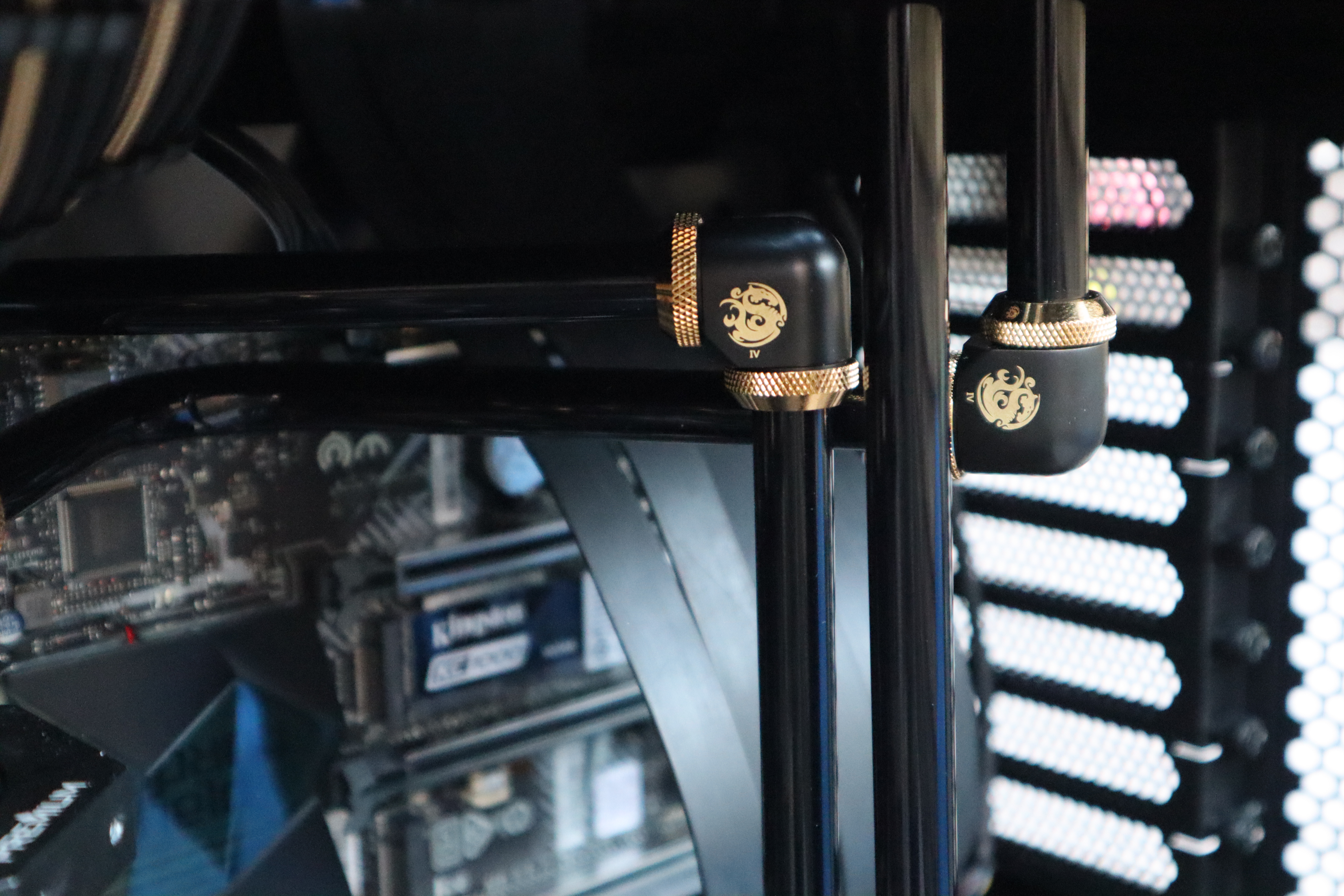 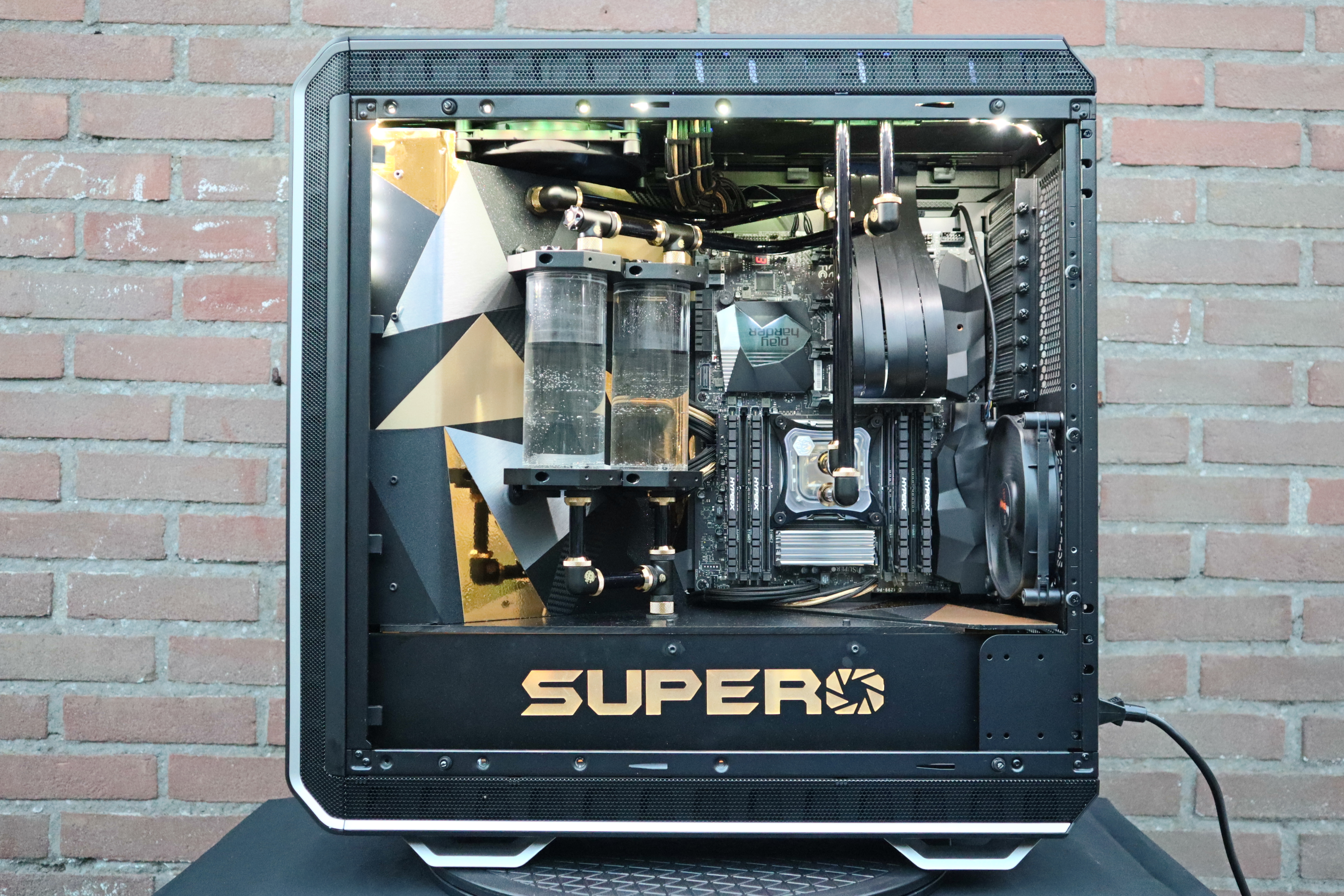 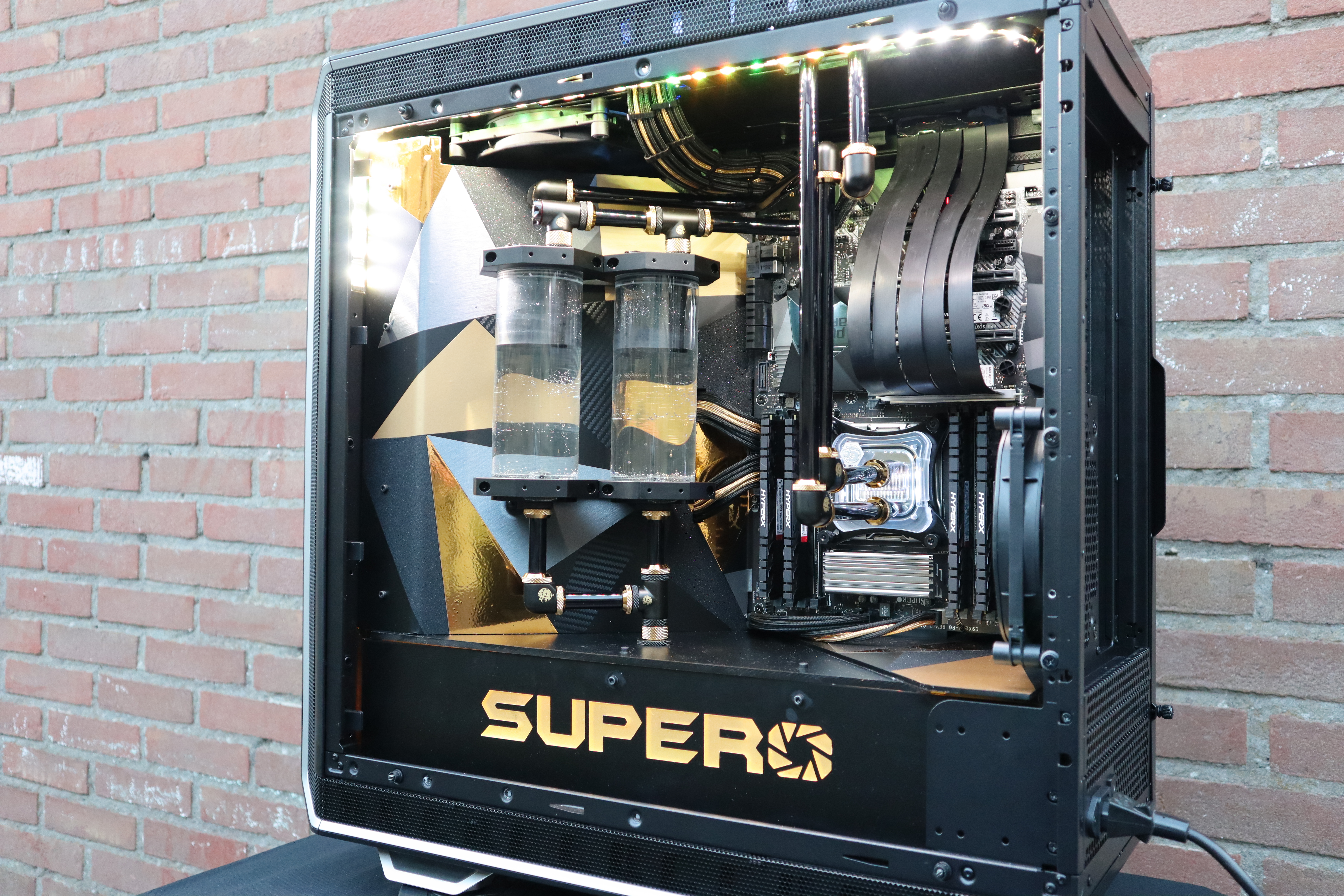 This casemod also is quite the world traveller. It originally started out as Supermicro asking me to create a casemod for CES 2018 in Las Vegas with their new X299 prototype motherboard. With the help of my good friends at BeQuiet and Bitspower and the hardware supplied by Supermicro I created a nice casemod using the colours matt black and shiny gold. Even Bitspower created custom fittings for the build using parts from 2 different lines.

After CES 2018 it came back to Supermicro European office and sadly had received damage during transport. Pipes broke in 2 positions. BeQuiet then asked if I could make them a casemod for Computex 2018 in Taipei. I was very busy doing casemods, but after a few phone calls I picked up the damaged system at Supermicro, repaired it and even added a few reinforcements to make it not happen again in the same spots. And away it was again.

I did more modding than you think at first glance. I put the graphics card in the top of the system with a window above it to view it. I created a PSU shroud with illumination for a SuperO logo in a goldish colour. Under there is also hidden the D5 pump and its top. I created a diagonal cover for the entire front of the chassis where behind the radiator sits and the fans. Against this cover I fitted the dual reservoirs. The entire system was then fitted with various shades of golden and titanium coloured triangles to suit the theme.