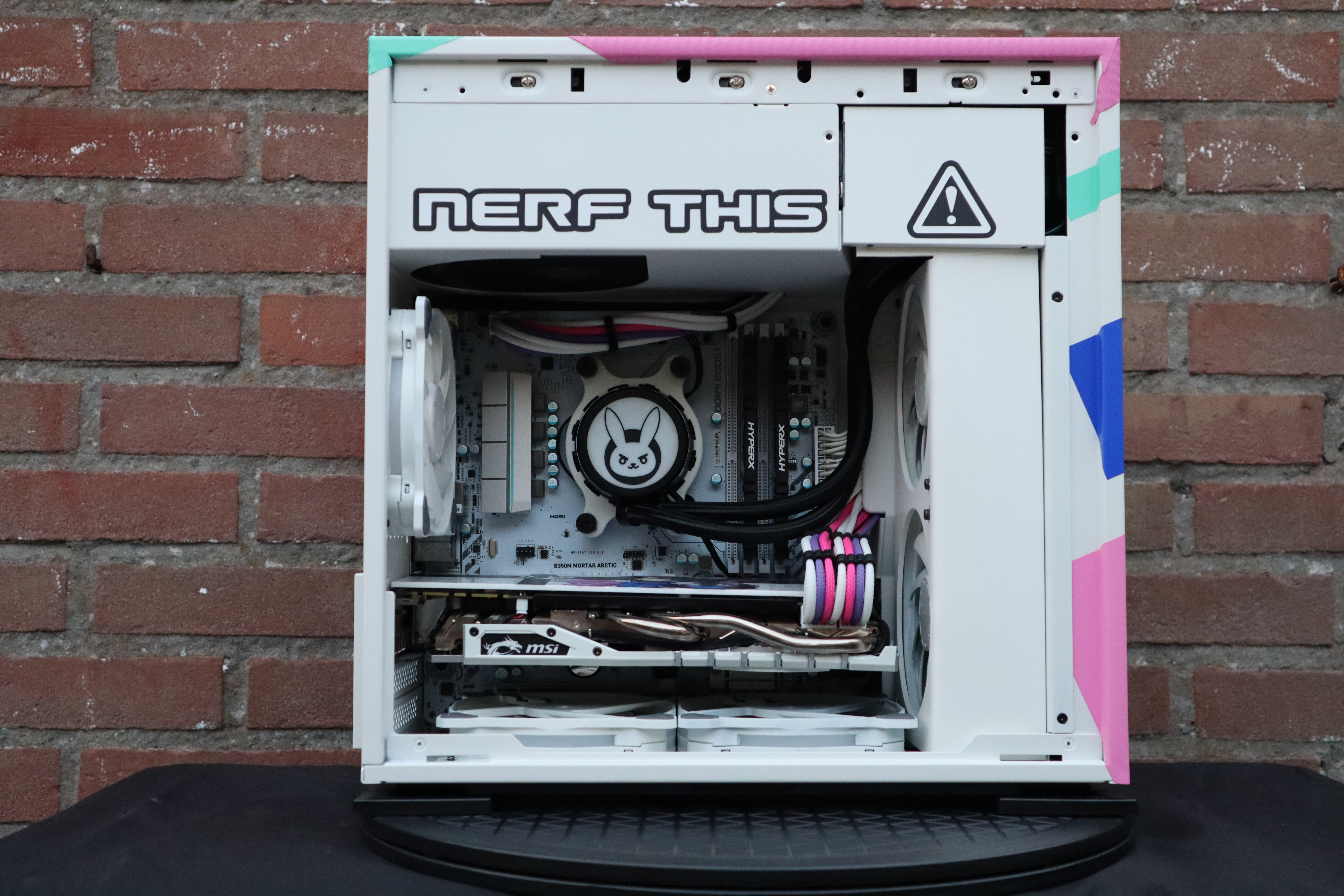 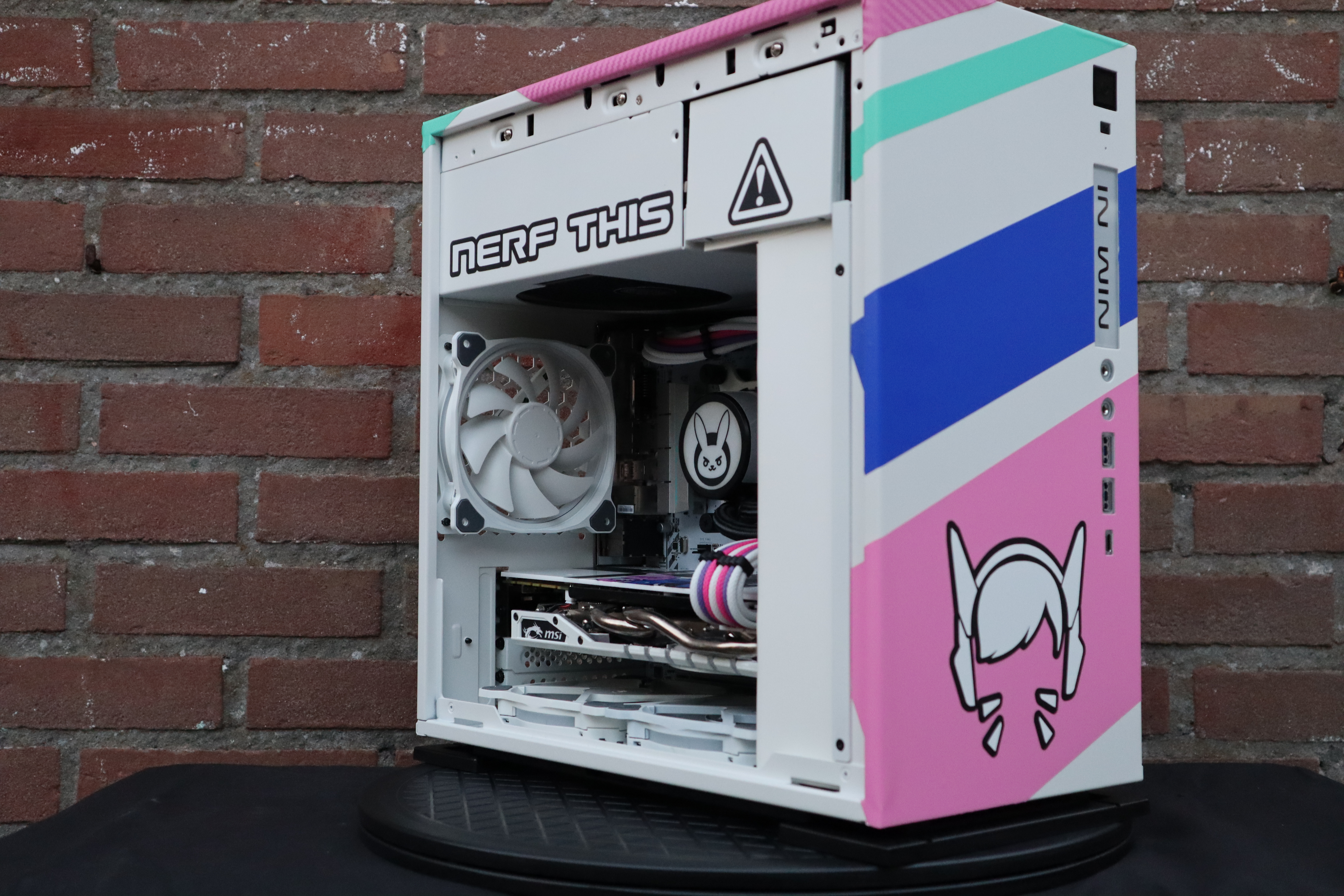 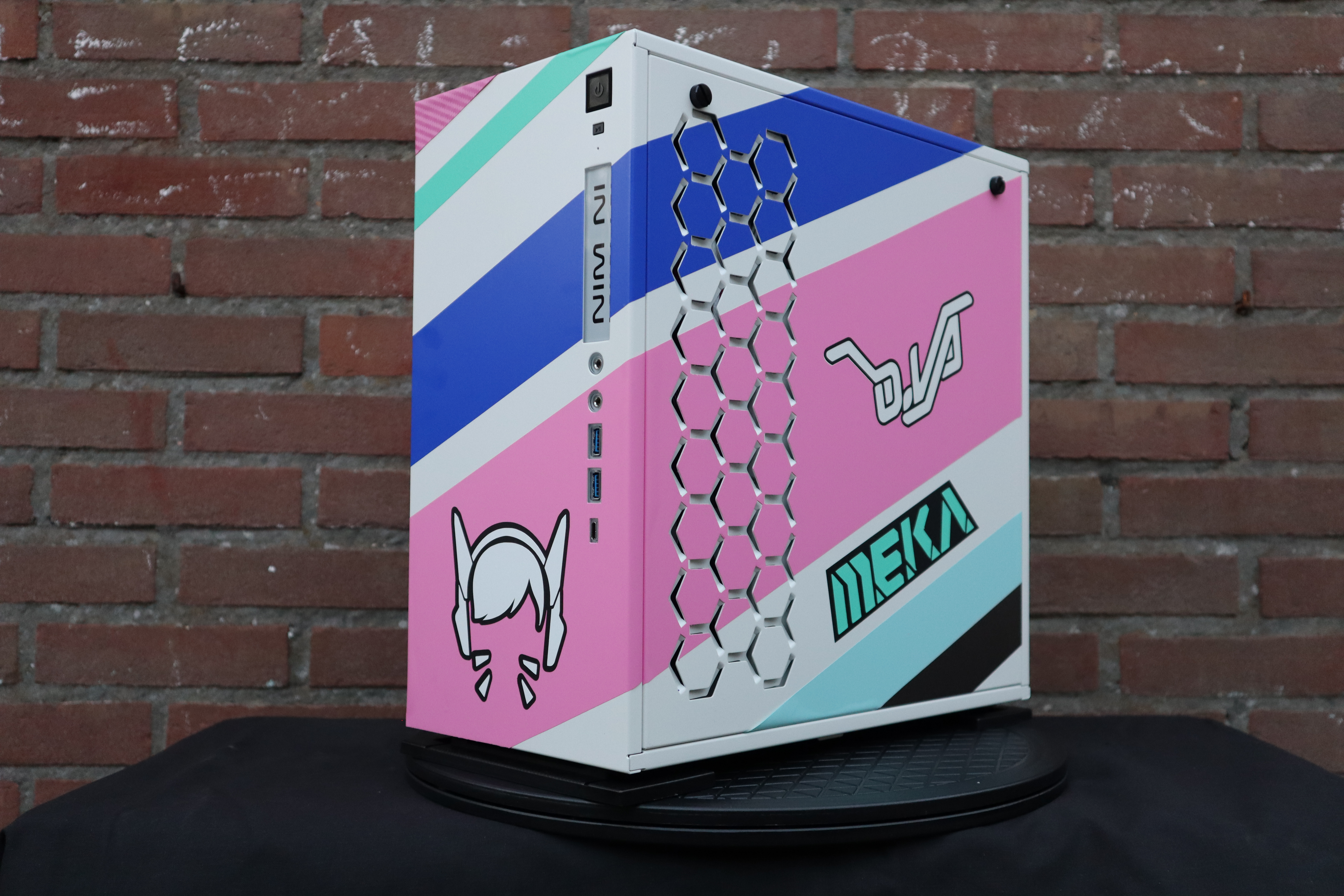 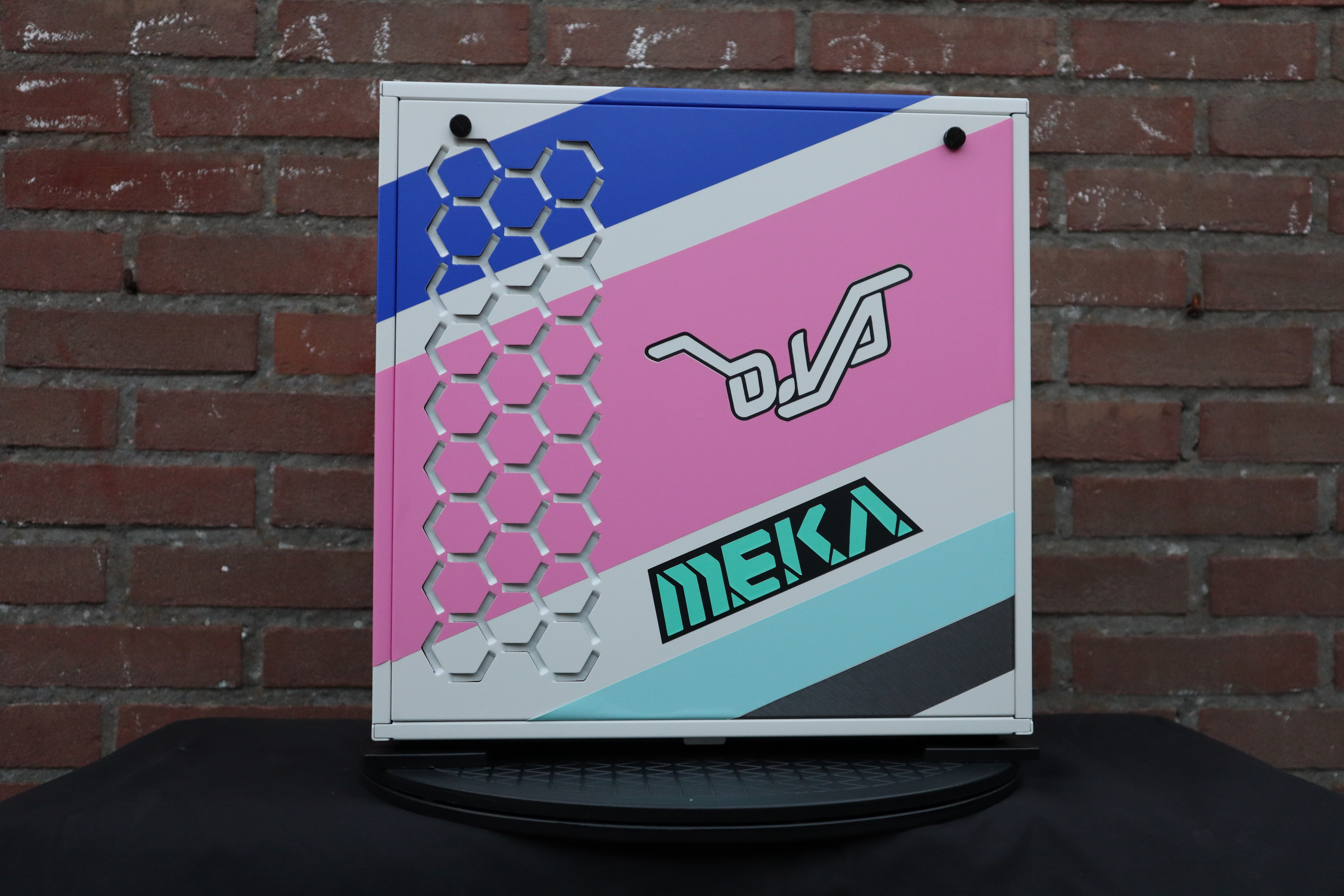 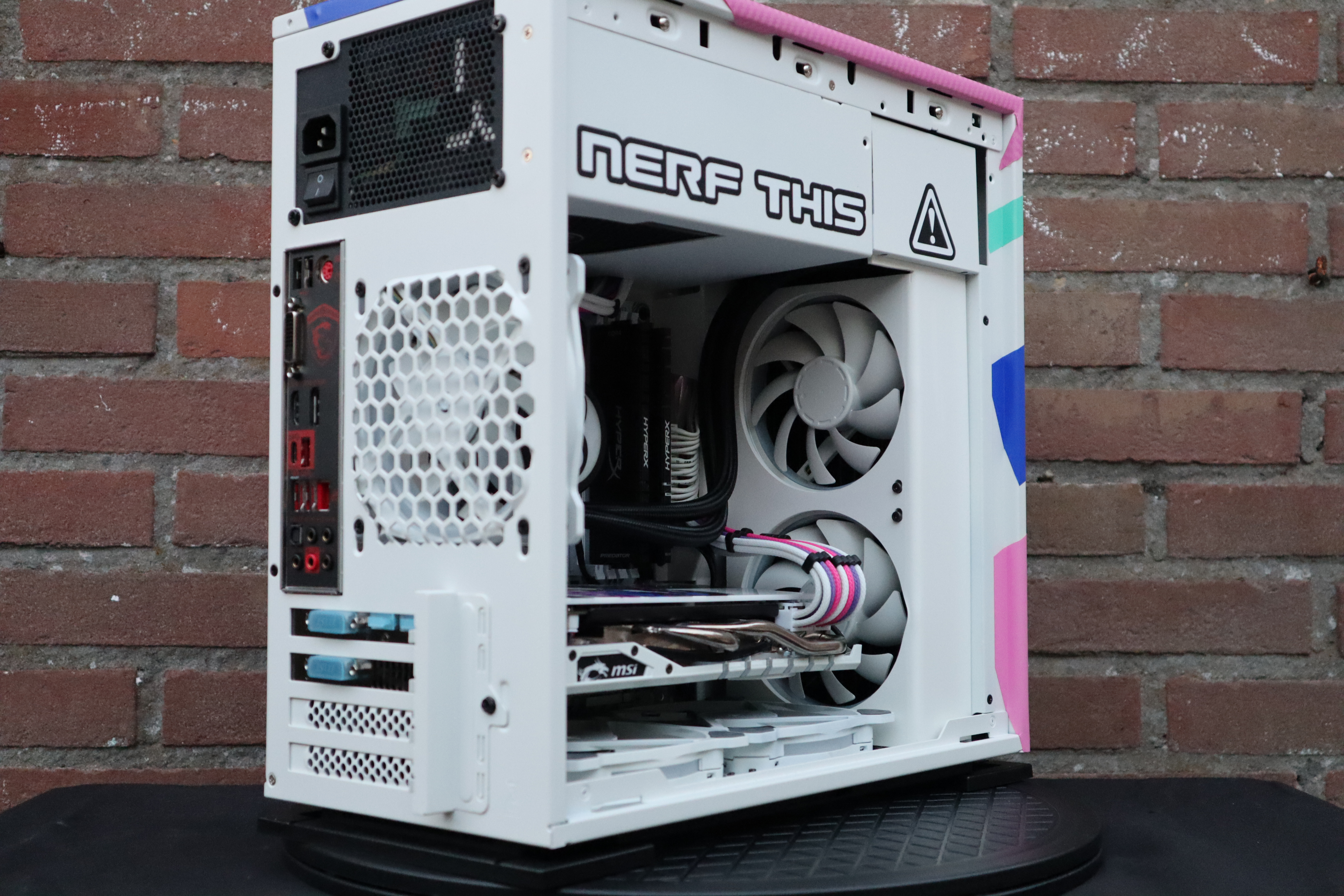 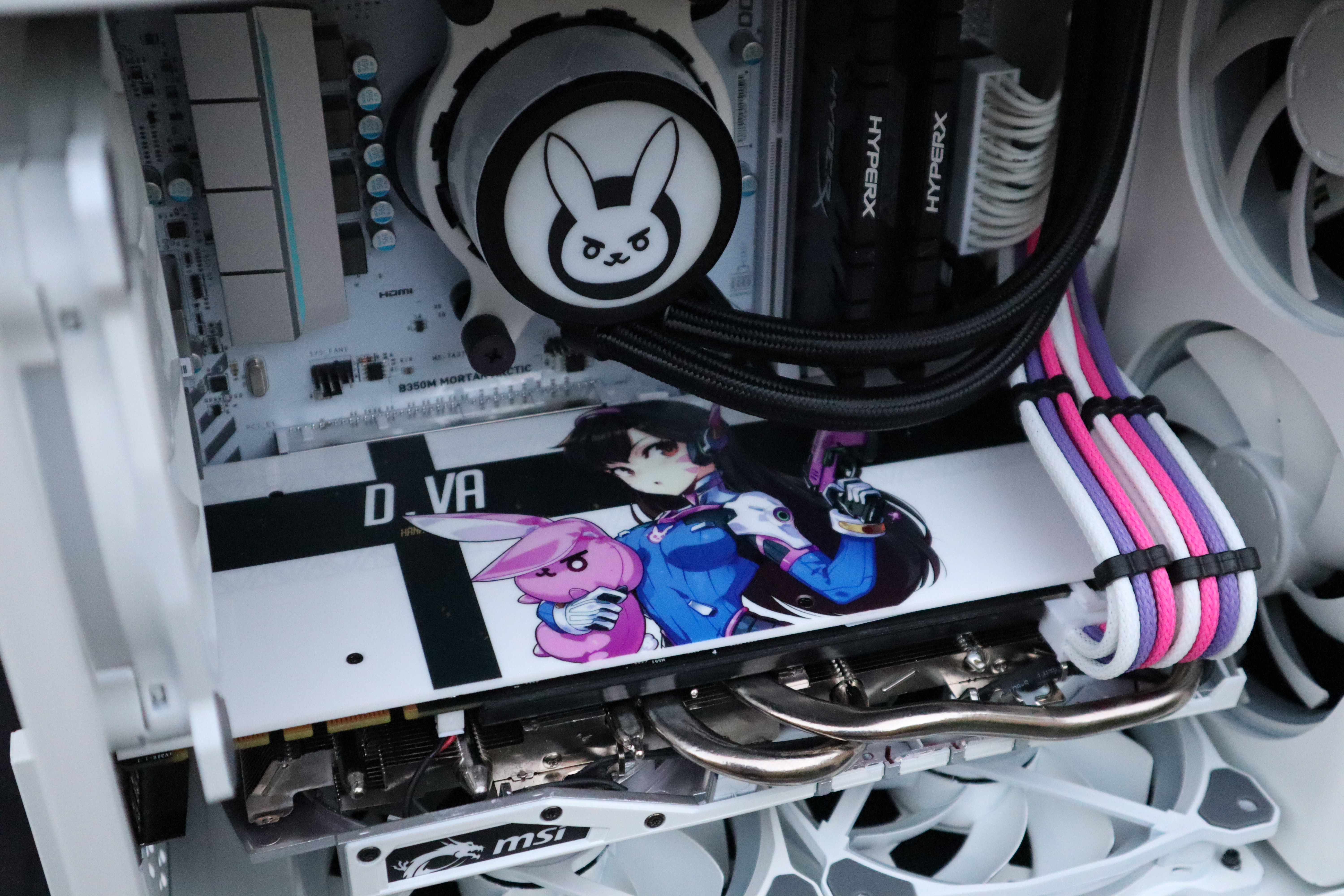 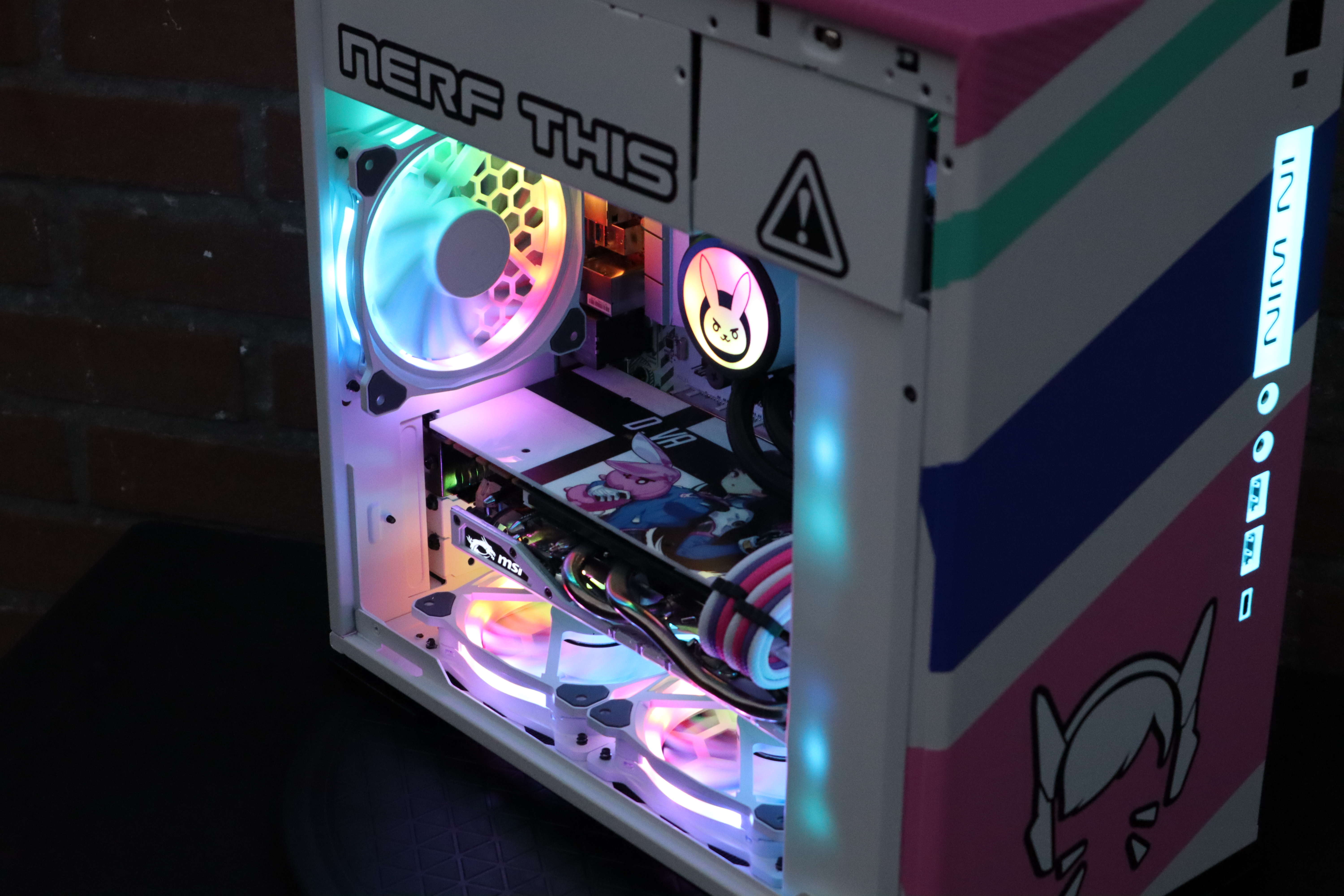 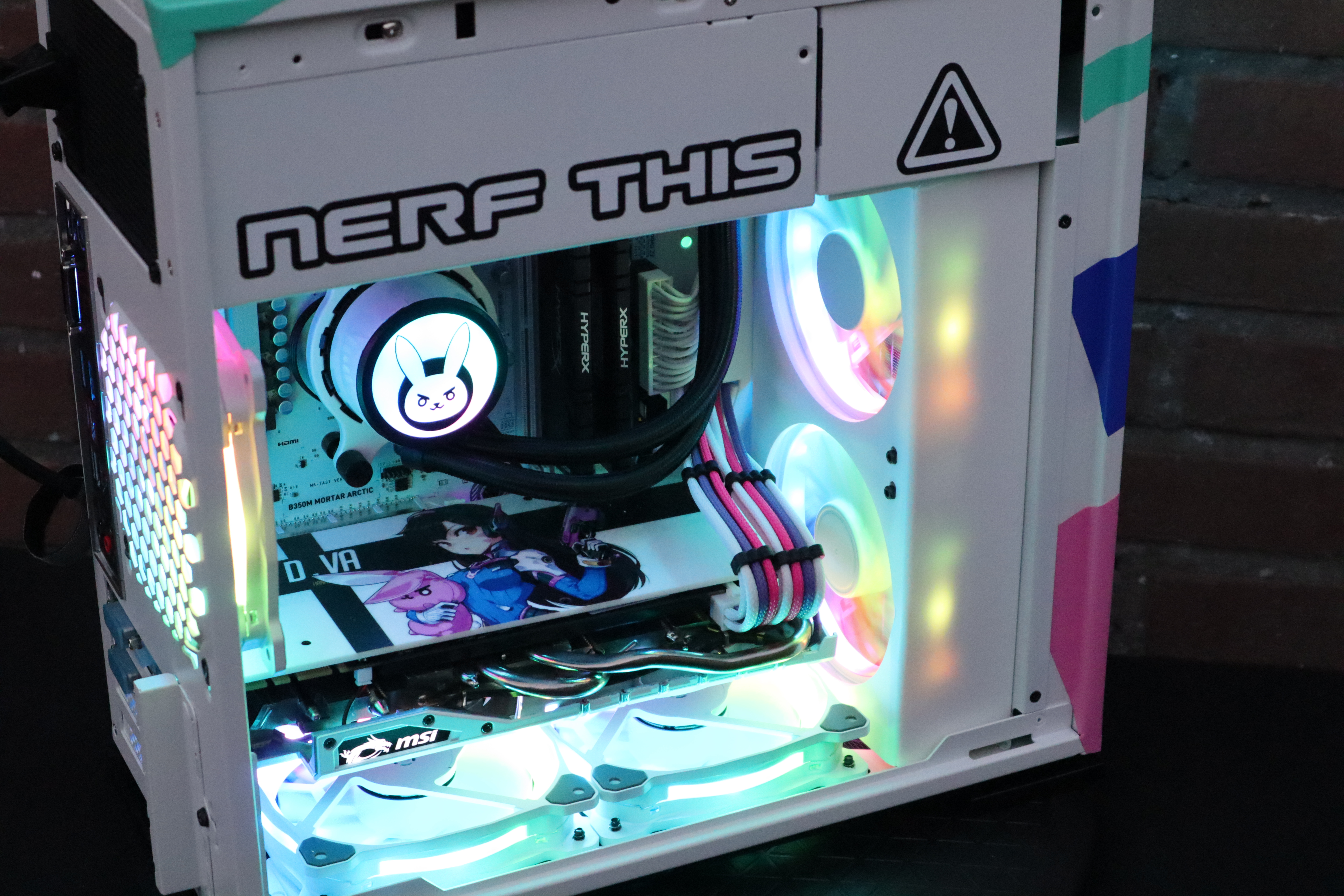 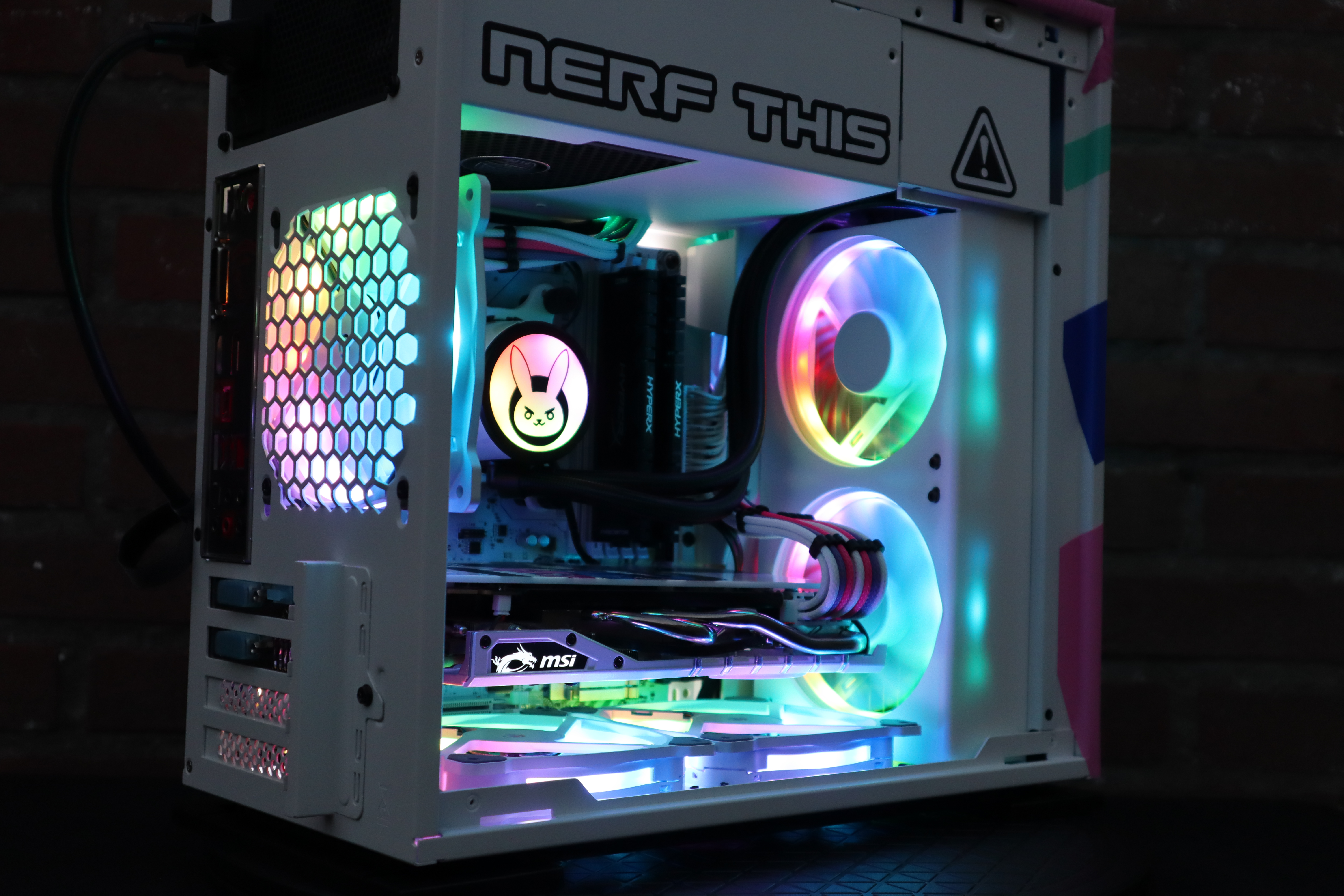 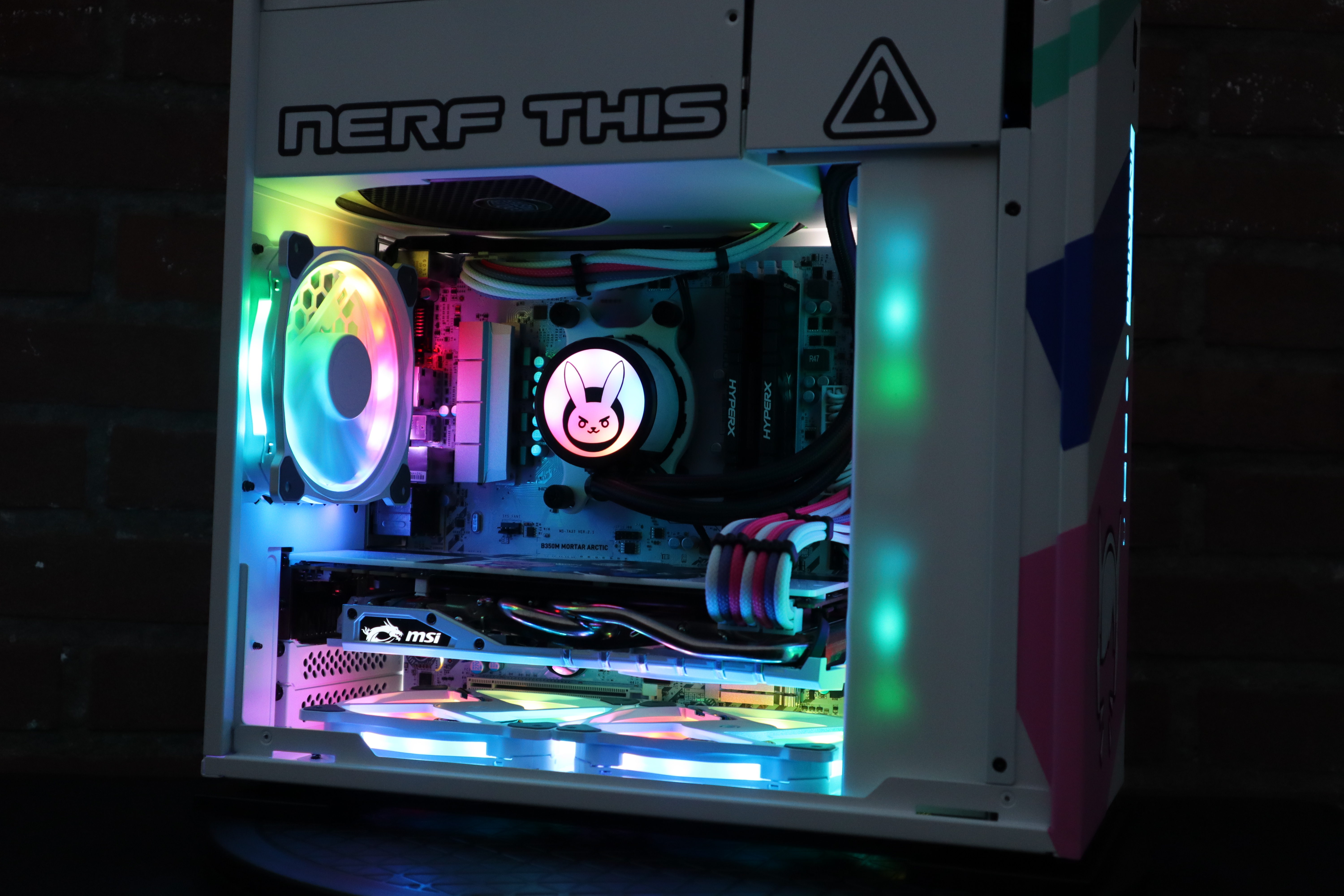 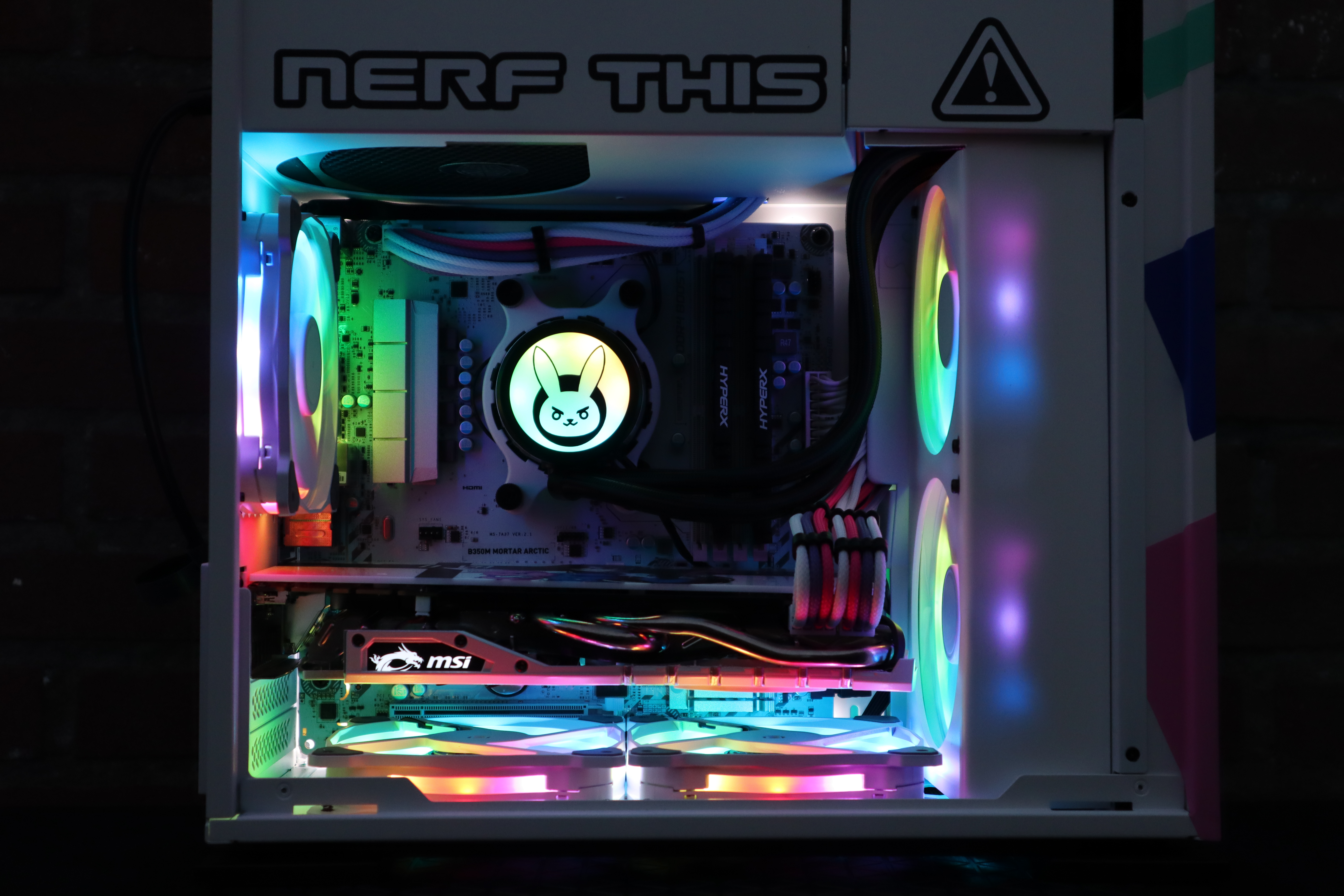 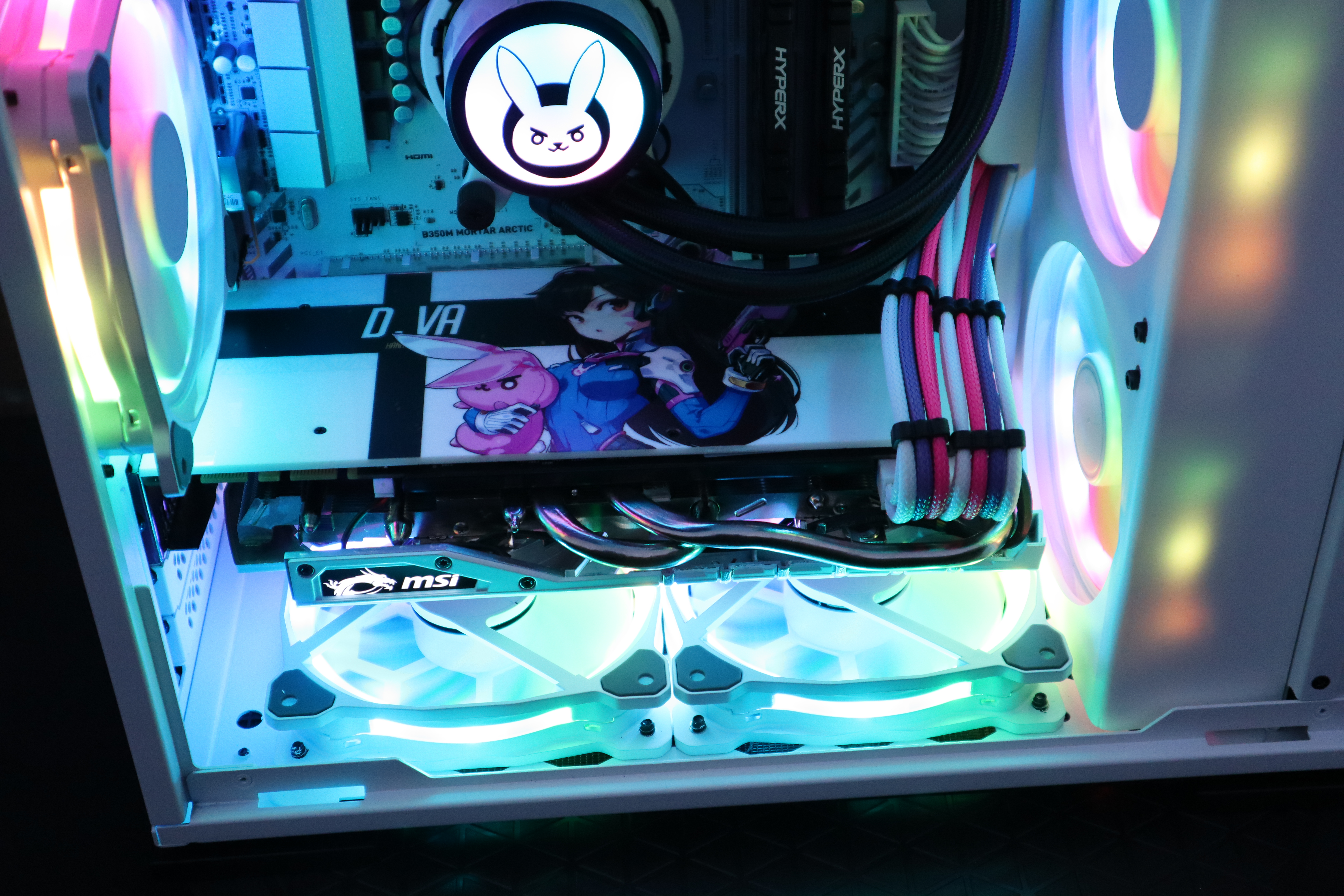 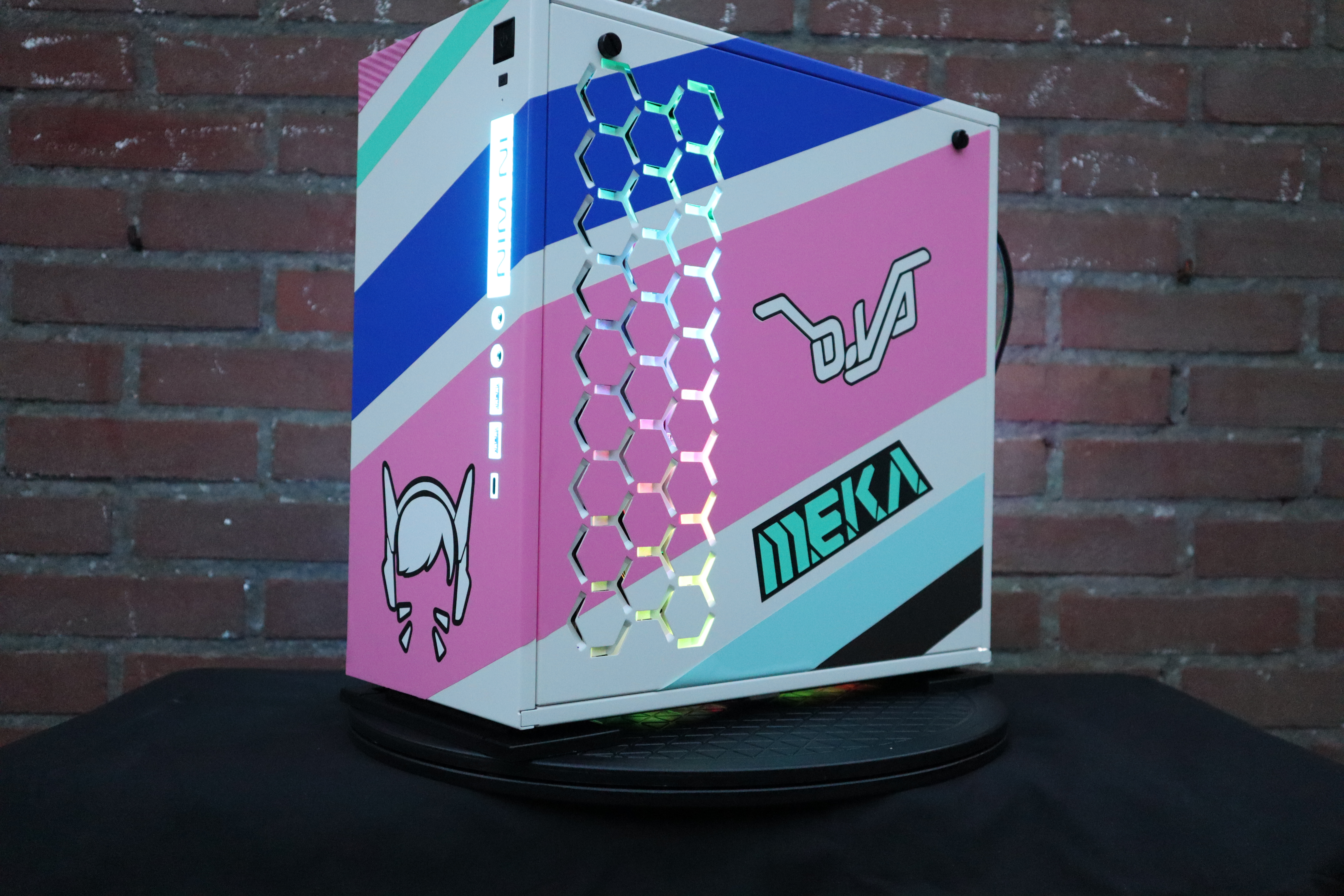 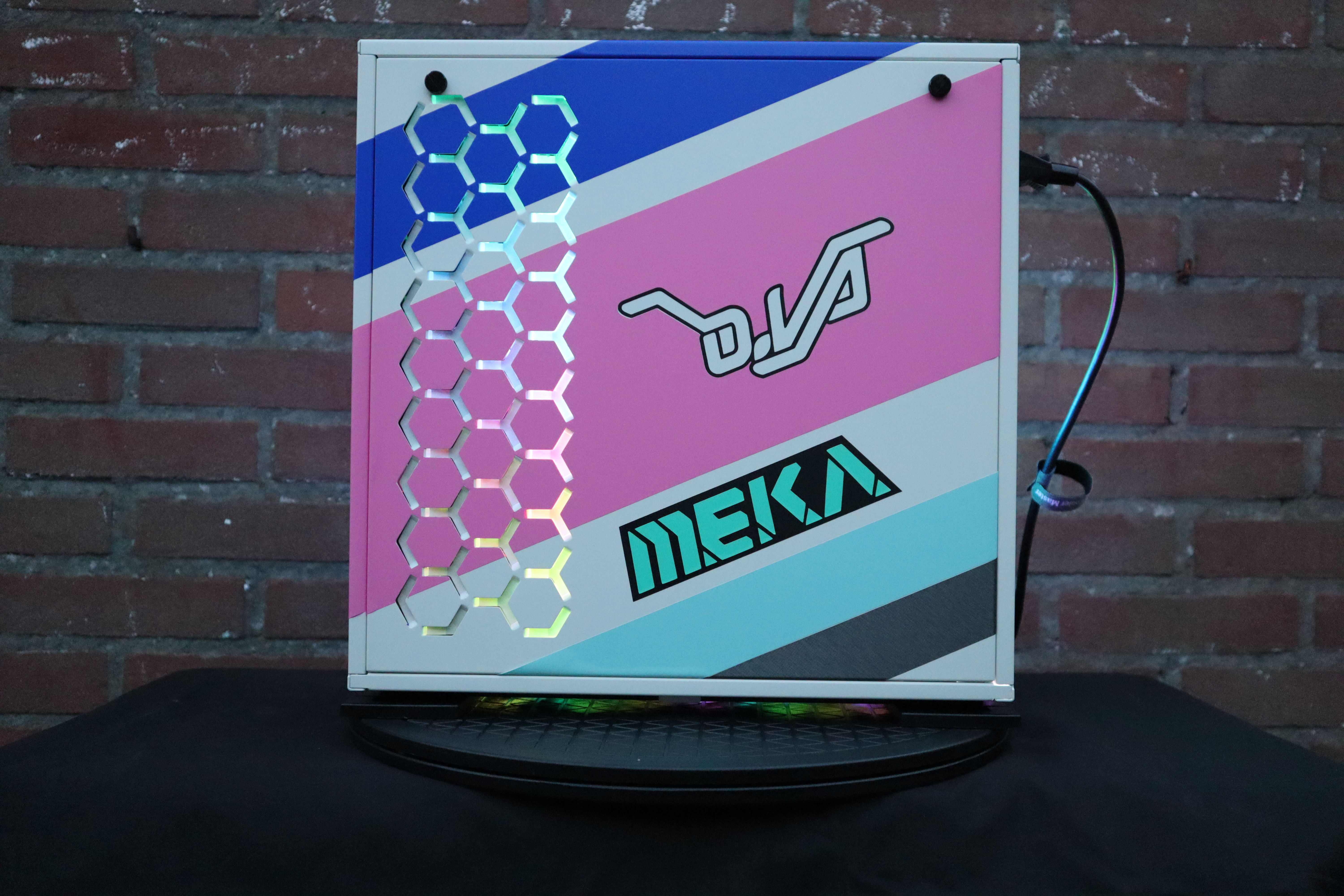 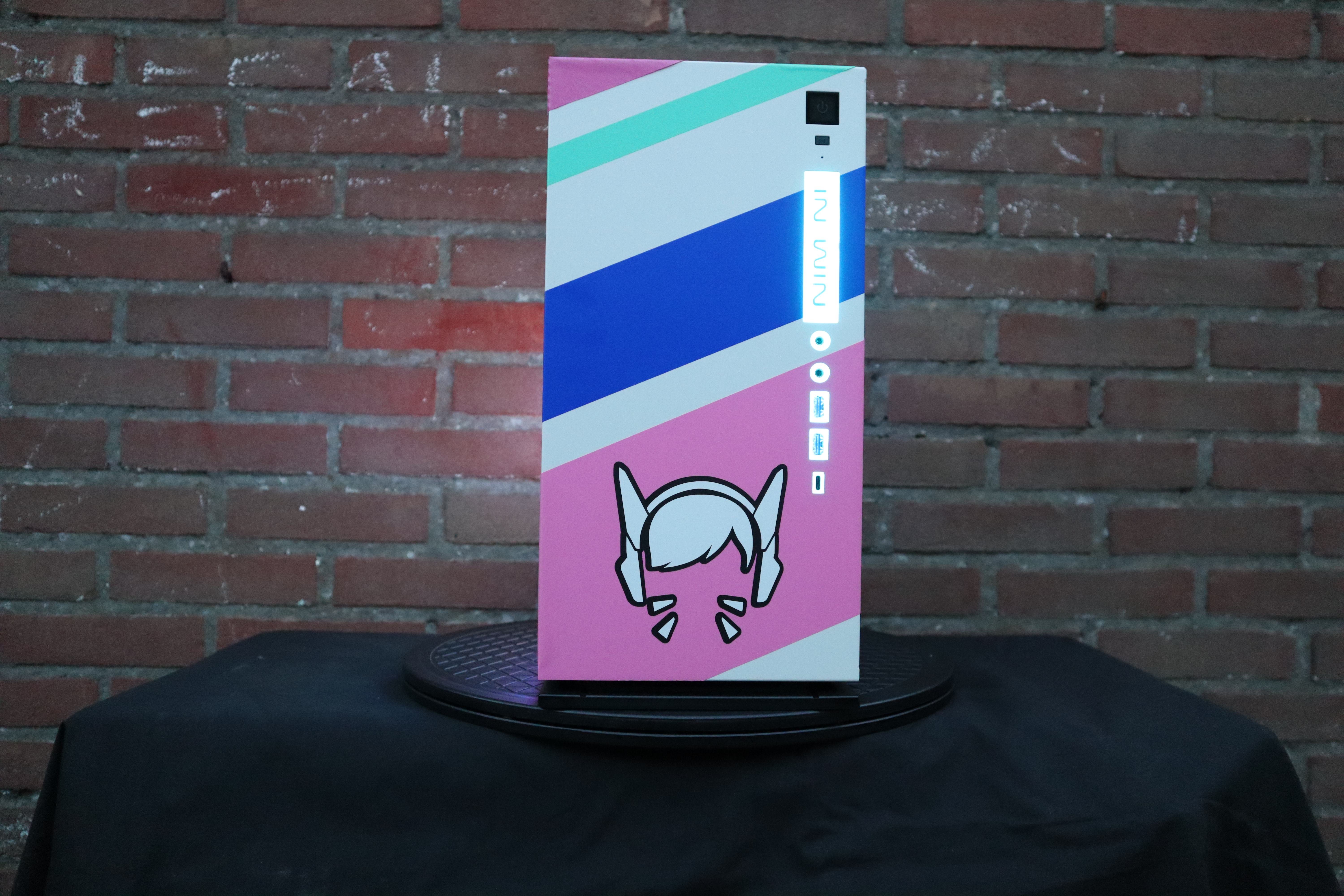 I have been able to tag along with the Esport United crew to Sweden’s Dreamhack events for a couple of years now and met many wonderful people there. The team is like a family. During Dreamhack Winter 2017 I also met the (then 11 yrs. old) daughter of one of the team members. And she happens to love Overwatch D.Va, rainbows and unicorns. SAY NO MORE!!! When I heard she needed a game pc for herself to stop hogging her mother’s pc stealing her Overwatch time I immediately went to work resulting in this baby. I had to work smart to not make it a very expensive system. In the end it uses an InWin 301 Chassis that I painted completely white on the inside as well. It used Thermaltake 120mm RIING RGB fans which I pulled apart and also painted white. I modified the CPU part of the Thermaltake FLOE 240mm RGB watercooling system and added a white cover for the radiator and fans. I painted the MSI GTX970 aircooled white and silver and had Coldzero.eu make a super awesome D.va backplate with their UV printer. Add some MSI white motherboard and custom sleeved cables by me with white connectors on them. And lastly gave the outside of the chassis an overhaul with vinyl to give that Overwatch D.va feel.

The SSD is also part of the top PSU shroud. The HDD cage used to go there, but hey who needs HDD cages!