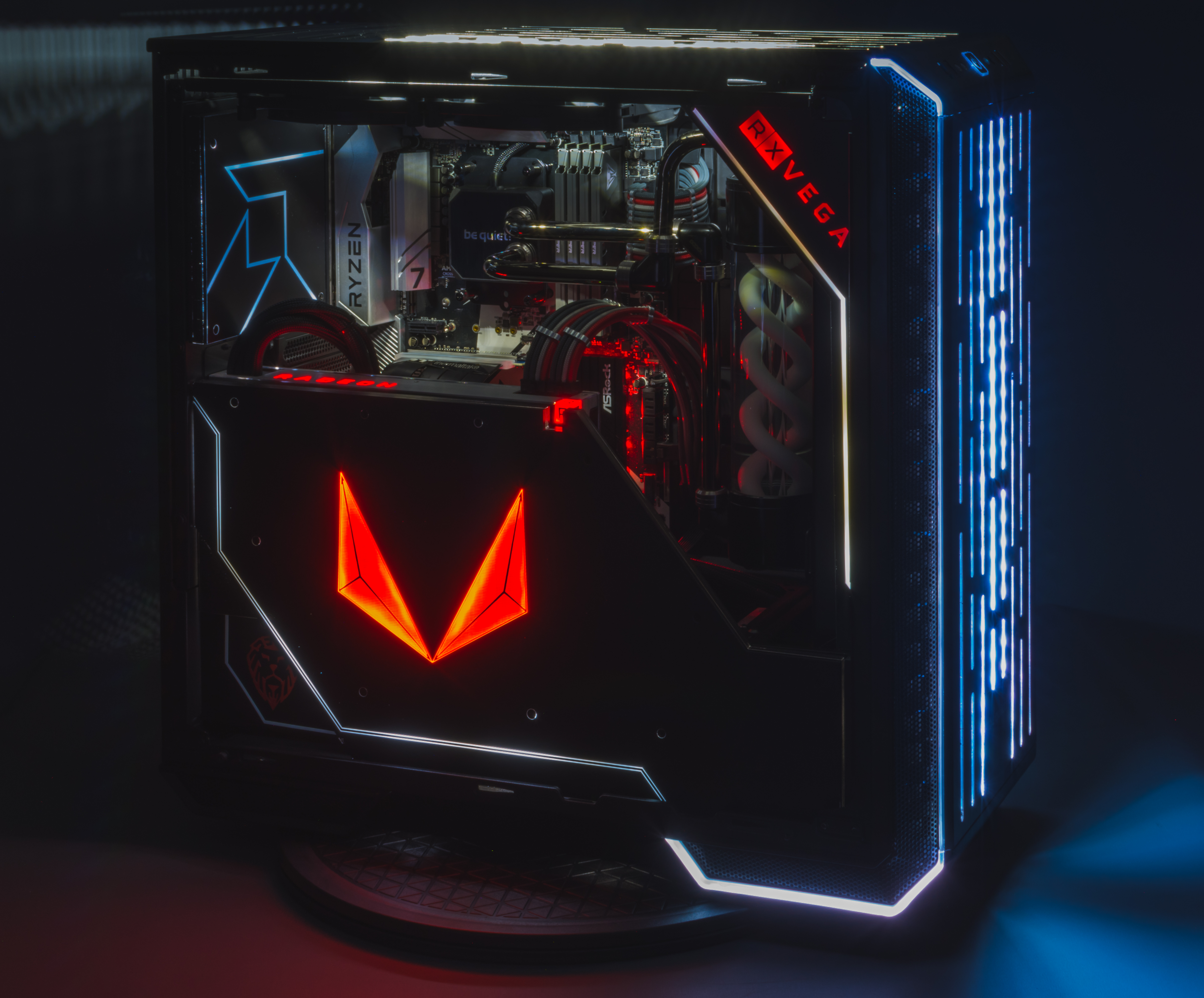 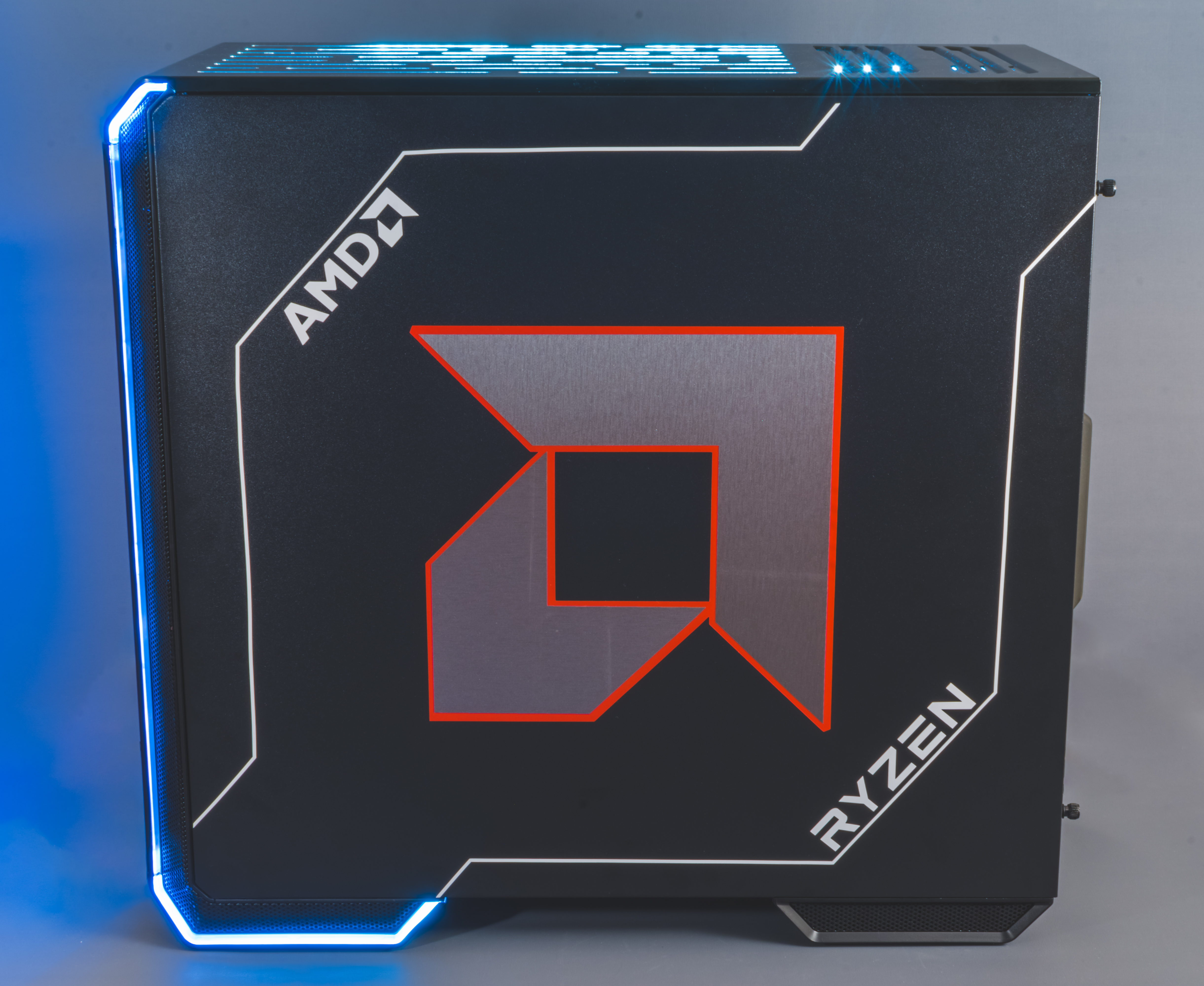 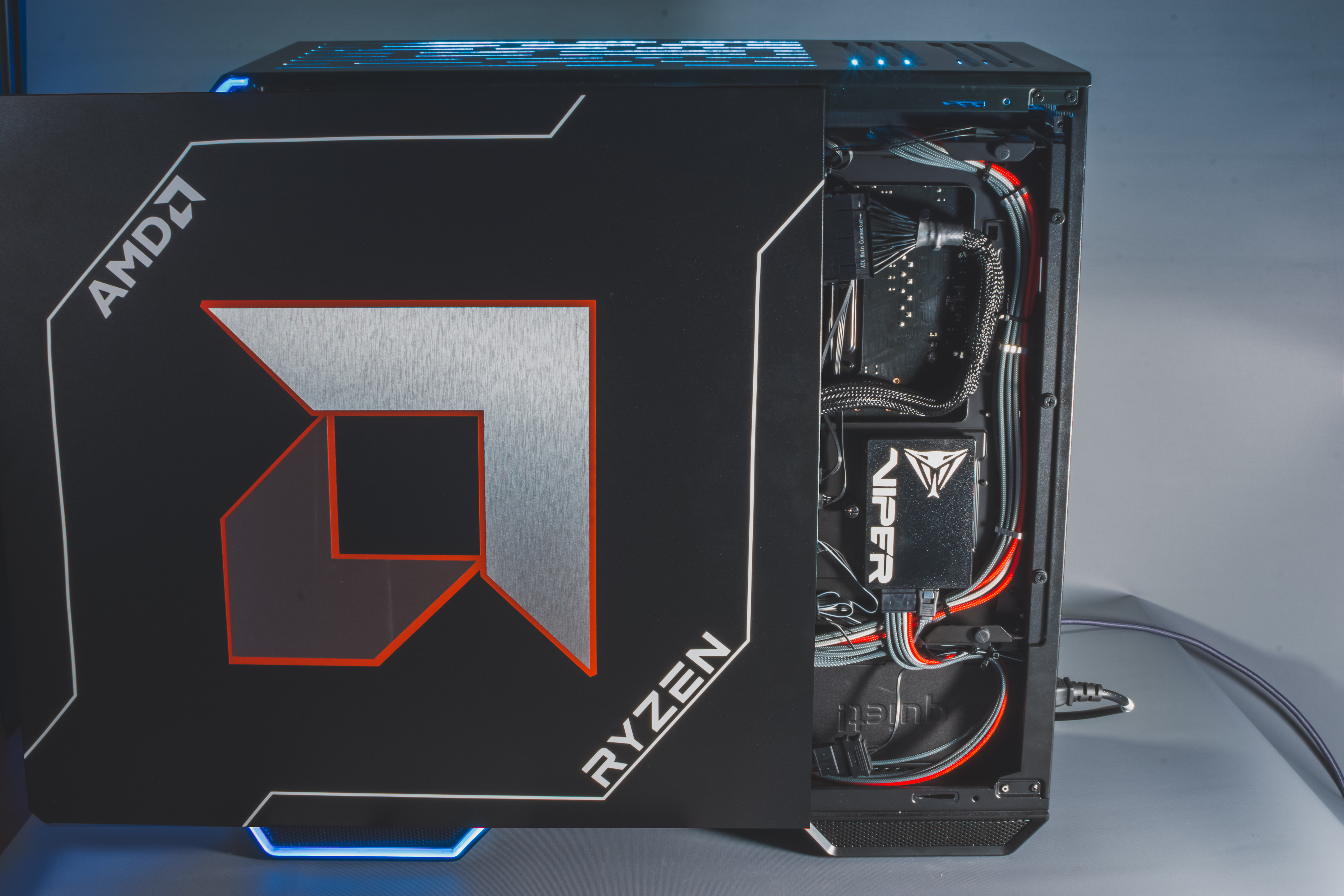 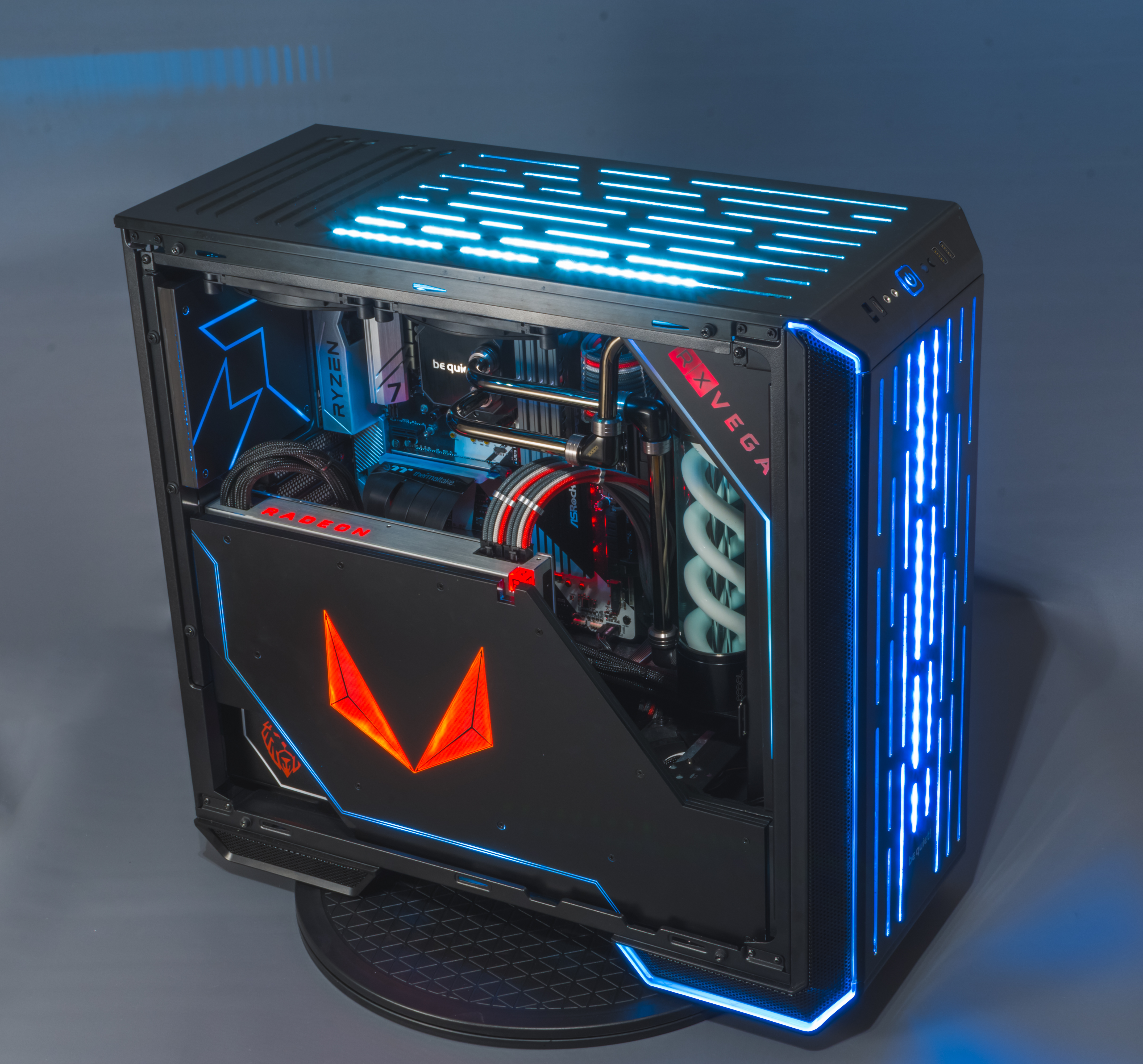 In the end of 2017 a PR agency reached out to me asking if I wanted to do a casemod for AMD. Purely for exposure photos on social media etc. Having never working with AMD hardware like this I said SURE DAWG! 😛

It was a team effort from the agency also working with other brands they represent: BeQuiet, Alphacool, ASRock and Vipre. AMD sent in a liquid cooled VEGA 64 gfx card and a nice 8 core 16 thread Ryzen processor. I wanted to really give the system an AMD look with the black and not too many red accents. The hardware needed tos peak for itself. But at the same time I wanted to do something I had not seen anyone do with this hardware before. Beginning with the top and and front panel being shipped off to Clockwerk Industries for some CNC work top open it up a bit and giving their RGB feature of the Dark Base 700 a place in the spotlight. I modified the BeQuiet AIO watercooling loop by adding a tube reservoir and nickel plated copper hardline tubing to it.

I created gfx for the close side of the system, added beautiful Cablemod cables to match the theme (with silver aluminium cablecombs) and sprayed the ASRock motherboads covers in silver to match the heatsinks and the theme of the casemod in general.

Last but not least I created a triple illuminated cover for the side of the system. A cover that goes over the vertically placed VEGA 64 card with an illuminated VEGA logo on it. A white illumination like that runs onwards where the chassis illuminations tops and goes onto the one in the rear of the chassis ad forms an AMD logo. The third one is small and goes over the side of the 360mm radiator.

For those who are wondering where the GPU radiator went. I fitted it below the PSU shroud since the bottom of the chassis is open for use with fans as well.